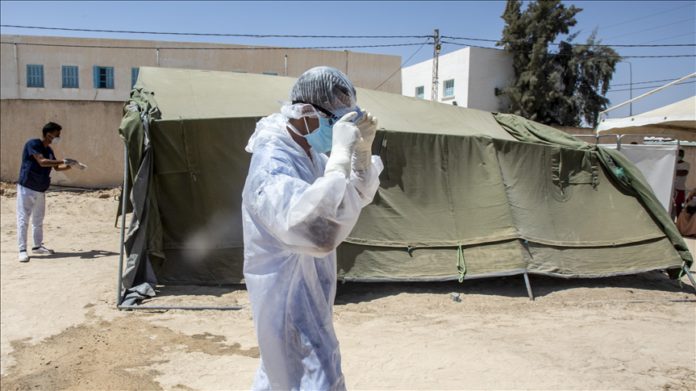 Tunisia and the Palestinian territory of Gaza announced more coronavirus cases early Saturday as efforts continued to contain the disease.

The Tunisian Health Ministry reported 54 more patients died from the virus and 704 new cases were identified.

The number of people recovering is 105,499, the ministry added.

Health officials announced 704 more cases in the past 24 hours.

The number of cases in the blockaded city increased to 41,968, while no further information about deaths caused by the pandemic was disclosed.

The current death toll stands at 375.

The COVID-19 pandemic has claimed more than 1.82 million lives in 191 countries and regions since last December.

Nearly 83.9 million cases have been reported worldwide, with more than 47.3 million recoveries, according to figures compiled by US-based Johns Hopkins University.

July 7, 2021
We use cookies to ensure that we give you the best experience on our website. If you continue to use this site we will assume that you are happy with it.Ok