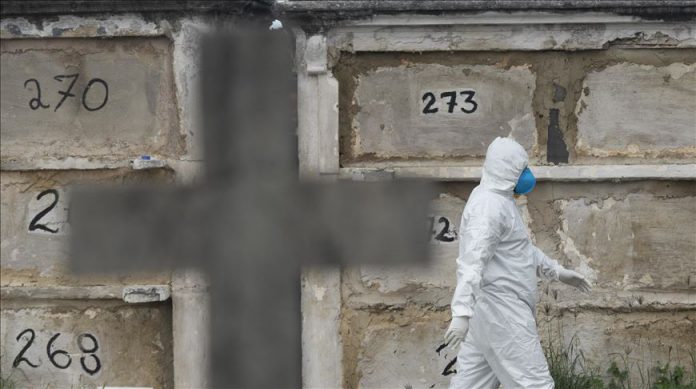 The number of COVID-19 cases in Ecuador rose to 23,240 with 521 recorded in the last 24 hours, according to local media reports.

A total of 663 people have died from the virus in the nation of 16 million people, with 87 fatalities in the past 24 hours.

The death toll in Peru reached 782 with 54 fatalities in the past 24 hours, according to health officials, who said 8,452 people have recovered.

The first case in Peru was reported on March 6 and the first death confirmed on March 20.

In Brazil, the death toll rose to 4,543 with 338 fatalities in the past 24 hours, according to the Health Ministry.

Brazil, with a population of 210 million, is one of the worst-hit nations in Latin America.

After originating in Wuhan, China last December, COVID-19, the disease caused by the coronavirus, has spread to at least 185 countries and regions. Europe and the US are currently the worst-hit.

The pandemic has killed more than 211,000 people, with the total number of infections exceeding 3 million, while nearly 894,000 have recovered from the disease, according to figures compiled by Johns Hopkins University of the US.

NASA robot to scour moon for ice deposits in 2022