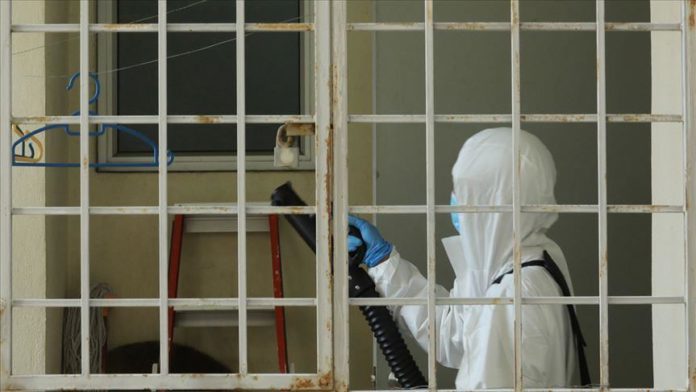 The number of novel coronavirus cases in Southeast Asian countries rose to 467,434, officials confirmed on Monday, including 11,230 fatalities and 352,898 recoveries.

At least 6,264 new cases and 115 deaths were recorded in member states of the Association of Southeast Asian Nations (ASEAN) over the past day.

In the Philippines, the worst-hit country in the region, the total number of infections climbed to 220,819, as the Health Department confirmed 3,446 new cases.

The country reported 38 more virus-related fatalities, raising the nationwide death toll to 3,558, while recoveries jumped by 165 to reach 157,562.

Indonesia reported that 74 people died from COVID-19 over the past 24 hours, bringing the death toll to 7,417, according to the country’s Ministry of Health.

Thailand confirmed one new virus case, bringing the total number in the country to 3,412, according to a statement by the Health Ministry.

It said the total number of recoveries in the country hit 3,252, while the death toll stands at 58.

Singapore recorded 41 new cases of the virus on Monday, bringing the tally to 56,812, the Health Ministry said in a statement.

So far, 55,586 patients have recovered in the city-state country, while fatalities remain unchanged at 27.

In Malaysia, the Ministry of Health confirmed six more cases, pushing the tally to 9,340.

The number of recoveries in the country reached 9,054, while the death toll climbed to 127 after a patient died over the past day.

The total number of cases in Myanmar climbed to 775 after 26 new infections were confirmed, while recoveries reached 352, according to the country’s Health Ministry.

Cambodia reported one new case of the virus, raising the count to 274, while recoveries reached 266.

No new infections or fatalities were confirmed by health authorities in Brunei Darussalam, Laos and Vietnam.