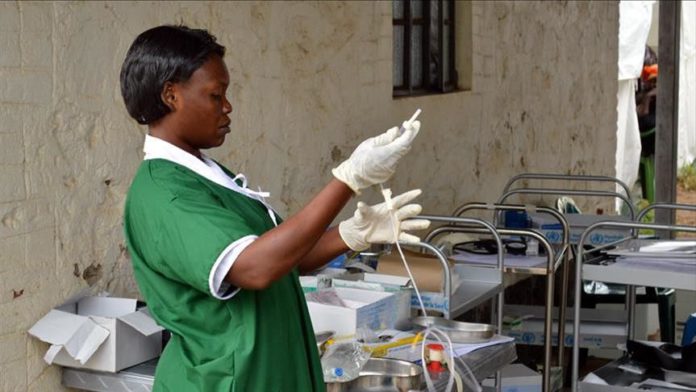 According to the Nigeria Centre for Disease Control (NCDC), 575 more COVID-19 cases and nine fatalities were recorded in the country over the past 24 hours.

As part of efforts to curb the virus’s spread, Nigeria has introduced several measures at airports across the country, including restrictions for VIPs.

“Temperature and symptoms checks are mandatory, and face masks must be worn at all times inside the airport and airplane. Travelers must also sanitize their hands frequently and maintain physical distancing at all times.”

Nigeria has the third highest number of cases in Africa, after Egypt and South Africa.

The total number of infections across the continent is now near 492,000, with over 11,600 deaths and more than 236,300 recoveries, according to the Africa Centres for Disease Control and Prevention.

Across the world, COVID-19 has claimed over 538,000 lives in 188 countries and regions since emerging in China last December.

More than 11.62 million cases have been reported worldwide, with the US, Brazil, India, and Russia currently the worst-hit countries, according to figures compiled by the US’ Johns Hopkins University.

The data shows more than 50% of all patients worldwide – over 6.3 million – have recovered so far.