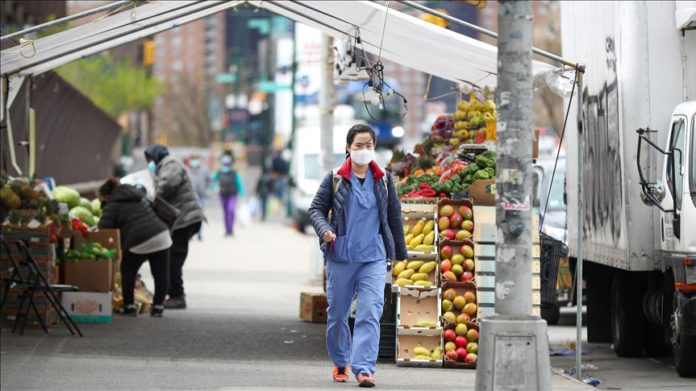 Novel coronavirus cases in the Americas are approaching four million with nearly 204,000 deaths, with the pandemic accelerating in many countries including Brazil, the Pan American Health Organization (PAHO) warned on Tuesday.

“Brazil has 23% of all cases in our region, and we are not seeing the transmission slow down. The same thing is happening in almost all Latin American countries and some in the Caribbean,” said PAHO’s Director Carissa F. Etienne.

Brazil has had its worst day for new confirmed cases, recording 34,918 in 24 hours to bring its overall total to 923,189 infections.

The country registered 1,282 new deaths from the coronavirus in the last 24 hours, bringing the death toll from the pandemic to 45,241, according to official data released by the Ministry of Health. In this Latin American country, the pandemic curve is rising but is still far from the peak that experts and even the Health Ministry itself expect to be reached in a matter of weeks in most of the nation.

Gravediggers at São Paulo’s Vila Formosa cemetery, the largest in Latin America, are exhuming graveyards to make room for burials, which have increased since the outbreak of the coronavirus.

Chile’s Ministry of Health said Tuesday that it adjusted the figures for COVID-19 and found 31,412 infections that had not been counted due to delays in the process.

The new record will be added to the total figures on Wednesday, which means the number of infections will stand around 216,000, around 21,000 fewer cases than those recorded in Peru, until now the country with the second-highest number of patients in the region with COVID-19.

As of Tuesday, without the adjustment that will be made official on Wednesday, the country registered 184,449 cases, leaving Chile with the third-highest number of cases in Latin America.

Venezuela denounced the government of Brazilian President Jair Bolsonaro before the United Nations for negligence in the handling of COVID-19, which according to Venezuelan Ambassador to the UN Samuel Moncada threatens the lives of millions throughout the continent.

“The two states that border Brazil with Venezuela have more than 62,000 cases of COVID-19, while all of Venezuela has 3,062 cases,” said the statement. “Bolsonaro’s disregard for the lives of his people is a threat to Venezuelans on the border and to more than nine countries in the region.”

On Tuesday, PAHO’s Director Carissa F. Etienne called for the containment of the spread of COVID-19 in vulnerable populations in border areas. Etienne expressed concern about Haiti and the Dominican Republic and referred to a spike in transmissions in the north of Costa Rica, around the border with Nicaragua, and in the northern states of Brazil that border Guyana and Suriname and the Amazonian region where Venezuela, Brazil and Colombia intersect as well as the borders between Peru, Brazil and Colombia.

“While the majority of infections in the region are reported in big cities, where economic inequality and population density fuel transmission, our data show a concerning trend towards high transmission in border areas,” Etienne said in a media briefing.

January 6, 2021
We use cookies to ensure that we give you the best experience on our website. If you continue to use this site we will assume that you are happy with it.Ok