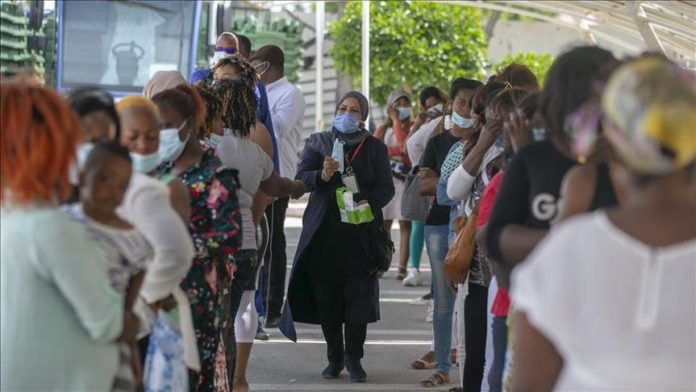 The number of people infected with coronavirus in Africa reached 324,696 on Wednesday, the Africa Centres for Disease Control and Prevention (Africa CDC) announced.

At least 8,618 people have died of the virus across the continent, according to the latest data.

A digital health platform, the Africa Communication and Information Platform for Health and Economic Action, was launched on Tuesday under the auspices of the United Nations Economic Commission for Africa (ECA).

Speaking at the launch, ECA Executive Secretary Vera Songwe said: “With this platform, we have the possibility of reaching between 600 million and 800 million mobile subscribers in Africa.”

The platform, according to a statement, would provide national and regional coronavirus task forces with user-generated survey data and actionable health and economic insights. The data will enable authorities to better analyze pandemic-related problems and implement appropriate responses.

The platform offers a “unique opportunity to change the way we conduct disease surveillance, enhance our ability to acquire good and timely data, and make all Africans count,” Dr. John Nkengasong, the director of Africa CDC, was quoted as saying.

Afghanistan thanks Turkey for aid to fight COVID-19