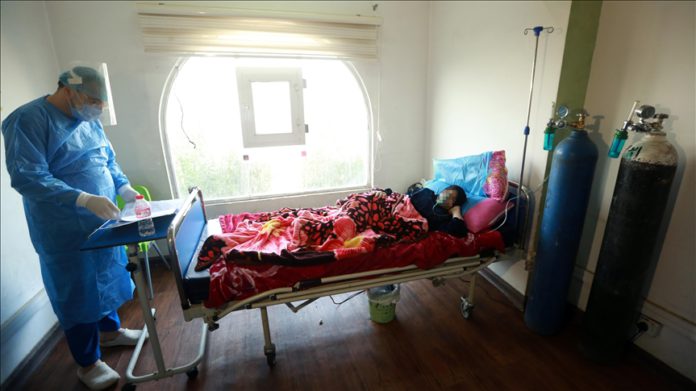 As many as 617,096 patients have won their battle against the virus.

Another 40 people in Iraq died in the past 24 hours, pushing nationwide fatalities to 14,836.

Ten new coronavirus fatalities and 75 infections were registered over the past 24 hours in Yemen.

The figures are from regions under government control since April 10, 2020, when the first case was detected.

The country has recorded 303,470 infections and 3,190 deaths since the first case was detected last year.

It said the virus was detected in 2,123 more people, bringing the number of infections in the country to 276,727.

As many as 40 people in Lebanon died from COVID-19, pushing the country’s death toll to 6,778, the Lebanese Health Ministry announced.

Since first being detected in Wuhan, China in December 2019, the pandemic has claimed over 2.97 million lives in 192 countries and regions.

More than 138 million cases have been reported worldwide, with recoveries now over 78.6 million, according to figures compiled by US-based Johns Hopkins University.

Ukraine does not expect Russian attack in Donbas