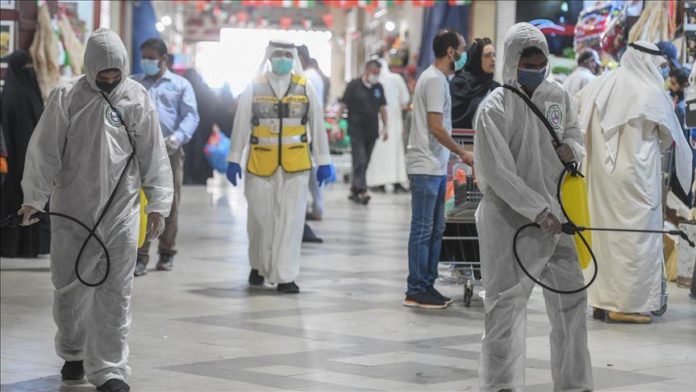 Another 43 people died from the virus, pushing the death toll to 6,592, the Health Ministry announced.

Health officials confirmed 18 new fatalities and 100 additional infections in the past 24 hours.

The virus tally has reached 5,233 cases, including 1,022 fatalities, the National Committee for the Fight Against the Coronavirus said in a statement.

A total of 1,987 patients have won the battle against the virus, it said.

The figures relate to regions under government control since April 10, 2020, when the first case was detected.

Ten more people died from the virus, 1,477 were infected and 1,367 recovered, the Health Ministry announced.

Authorities registered 33 new fatalities and 2,418 infections from the pandemic.

The Health Ministry said 745 cases were recorded in the West Bank and East Jerusalem, while 1,673 cases were reported in the Gaza Strip.

Palestine has recorded 293,137 cases, including 3,076 deaths since the first case was detected last year, according to the Health Ministry.

It said 190 patients are in critical condition, while 258,046 have recovered.

Officials confirmed 81 new fatalities and 3,794 additional infections from the virus.

A total of 581,170 patients have won their battle against the virus.

Another 35 people died in the past 24 hours, pushing nationwide fatalities to 14,641, according to the Health Ministry.

US: Civilian contractor dead in Iraq base rocket attack