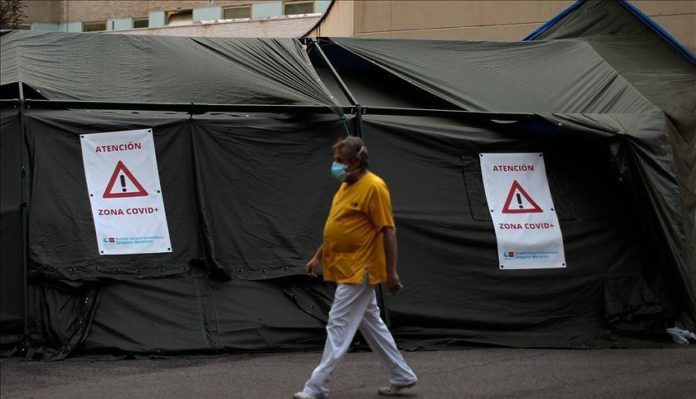 Less than a week before Spain is set to open travel for the holiday season for those who want to visit friends and family, the Health Ministry reported another rise in the number of new coronavirus infections on Thursday.

This is the fifth consecutive day that the country has seen an increasing daily figure. Compared to last Thursday, new infections are up 34%.

Of Spain’s regions, 13 have seen sustained rises, while six continue to see the second wave diminishing.

The test positivity rate is also going up, with 8% of test results coming back positive over the last week. The World Health Organization says that unless positivity is below 5%, the pandemic is not under control.

Hospitalizations dropped slightly on Thursday as did the number of new deaths, with the Health Ministry confirming 181 more COVID-19 fatalities.

On Dec. 23, the country is set to open travel across the country for those who wish to visit friends or family for the holiday season. On festive days, Spain’s Health Ministry continues to recommend pushing back curfew until 1.30 a.m. and expanding the maximum number of people at gatherings to 10.

In the end, regional governments will have to decide whether they want to set stricter measures.

Some, such as Galicia and Mallorca have already announced more restrictive conditions. The Madrid premier, on the other hand, said on Thursday she would stick to the Health Ministry’s recommendations despite a local uptick in infections.

Spain is now expected to begin vaccinating its population on Dec. 27, along with the rest of Europe.

Meanwhile, Spanish Prime Minister Pedro Sanchez entered into a week-long quarantine after having lunch on Monday with French President Emmanuel Macron, who announced he tested positive for coronavirus on Thursday.

Sanchez was tested for an infection on Thursday as well, but it came back negative.

'Messi to face problems if he remains at Barcelona'