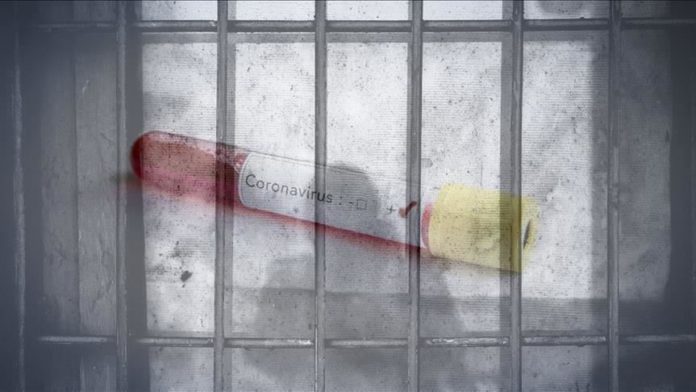 Moroccan authorities confirmed 23 more coronavirus cases at a jail in the northwestern city of Tangier, bringing the total infections inside prison facilities to 341.

In a statement, Morocco’s General Delegation for Prisons Administration said the new cases include 11 prisoners and 12 prison staffers.

Last week, Moroccan authorities said 303 virus infections were detected at a jail in the southern town of Ouarzazate. Seven other cases were recorded at a prison in the northwestern city of Ksar El Kebir, five at a prison in Tangier and three others at Al-Udaya Prison in the central city of Marrakech.

All in all, the coronavirus infections at prisons in Morocco include 258 inmates and 83 personnel.

There are nearly 80,000 inmates in Moroccan prisons, according to official estimates.

Morocco’s health authorities have so far confirmed 4,903 coronavirus cases in the country.

So far, a total of 174 people have died from the virus.

The virus has killed more than 247,600 people worldwide, with the total number of infections over 3.51 million. Meanwhile, over 1.12 million people have recovered from the disease, according to figures compiled by US-based Johns Hopkins University.