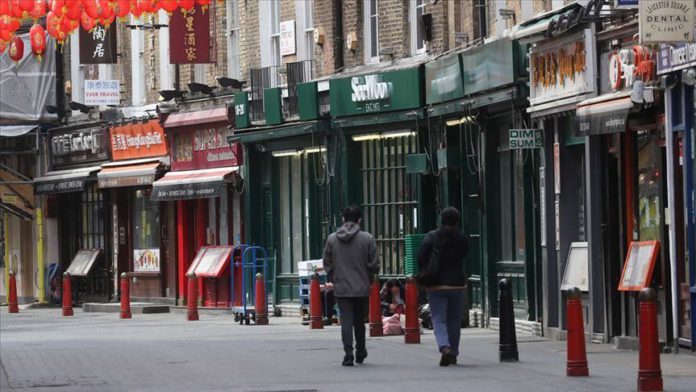 Britain has officially entered into a recession, according to new figures published on Wednesday. The recession is its deepest since the start of record-keeping and deeper than any other major economy.

The Office for National Statistics (ONS), the UK’s official statistics agency, said that GDP decreased 20.4% in the second quarter of 2020.

This is the biggest decline since records began in 1955, doubles the US’ decline of 10.6%, and wiped out 17 years of economic growth setting UK GDP back to its level in June 2003.

Jonathan Athow, the deputy statistician for economic statistics at the ONS, said: “The recession brought on by the coronavirus pandemic has led to the biggest fall in quarterly GDP on record.

“The economy began to bounce back in June, with shops reopening, factories beginning to ramp up production and housebuilding continuing to recover. Despite this, GDP in June still remains a sixth below its level in February, before the virus struck.

“Overall, productivity saw its largest-ever fall in the second quarter. Hospitality was worst hit, with productivity in that industry falling by three-quarters in recent months.”

There was some good news, however. In June, GDP increased 8.7% over the previous month, quicker than expected by experts, as lockdown restrictions were eased.

Chancellor Rishi Sunak said: “I’ve said before that hard times were ahead and today’s figures confirm that hard times are here. Hundreds of thousands of people have already lost their jobs and, sadly, in the coming months many more will. But while there are difficult choices to be made ahead, we will get through this and I can assure people that nobody will be left without hope or opportunity.”

Sunak stressed that the UK is particularly exposed because of the economy’s reliance on consumer spending.

“It’s not a sustainable situation to have vast swathes of our economy essentially shut down,” he said.

“That’s why we have been able to successfully reopen bits, and do it in a safe way. As people get back to going shopping, or going out for a meal, or indeed getting back to their office, they will see that it’s a new normal, it’s a safe normal.”

“That’s a tragedy for our country and it’s happening on the PM’s watch. A downturn was inevitable after lockdown – Johnson’s jobs crisis wasn’t.”

The Bank of England has forecast that unemployment, currently at 3.9%, will reach 7.5% by the end of the year as government support schemes set up at the start of the lockdown are withdrawn.

The Bank of England also said it will take until the end of 2021 for the economy to grow back to its original size.