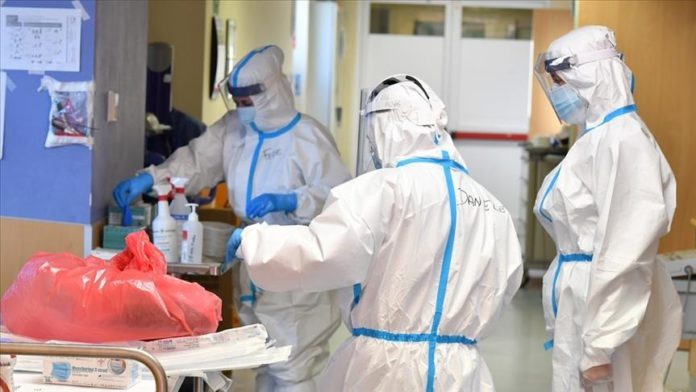 SARS-CoV-2, the virus that causes the COVID-19 disease, might have first arrived in the US in December 2019, much before than officially reported, according to a recent study.

The first COVID-19 cases were identified in Wuhan, China in December last year, and possibly reached the US in the same month although American officials reported the first case in late January.

The US’ Centers for Disease Control and Prevention has examined archived samples collected by the American Red Cross from 7,389 blood donations of residents in nine US states on Dec. 13-Jan. 17.

Coronavirus antibodies were found in 106 out of 7,389 blood donations, according to the study published Monday by Oxford University for the Infectious Diseases Society of America.

“SARS-CoV-2 may have been introduced into the US prior to Jan. 19,” it said, adding that “the virus was present in the US earlier than previously recognized.”

The US still leads the world in the number of cases and deaths from the novel coronavirus, which stood at 13.7 million and over 270,000, respectively, as of Tuesday, according to the US-based Johns Hopkins University data.

Globally, the number of cases is more than 63.9 million and deaths stand above 1.48 million.

The US state of Florida earlier Tuesday became the third state to hit the 1 million mark in cases, weeks after the states of Texas and California hit that mark.

On the vaccine front, US biotechnology firm Moderna said Monday it was immediately filing its vaccine candidate for emergency use authorization in the US and Europe. It said 20 million doses will be available in the US by the end of this year and it plans to manufacture 500 million to 1 billion doses globally in 2021.

The US pharmaceutical firm Pfizer and its German partner BioNTech said Tuesday they have also applied to the European Medicines Agency for the authorization of their vaccine.

The UK has become on Wednesday the first country to allow the use of the Pfizer/BioNtech vaccine on public after regulatory approval. The vaccine will be rolled out as early as next week.