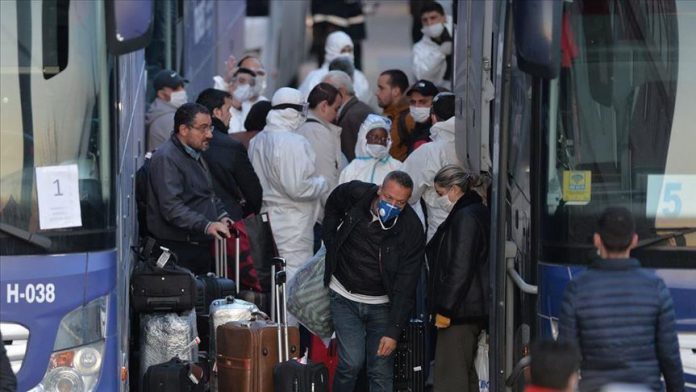 Algeria will start evacuating more than 1,700 of its citizens from Turkey on Friday, according to Algeria’s Transport Ministry.

A total of 1,788 Algerian citizens stranded in Istanbul will be brought back to their home country via Turkish and Algerian airlines between April 3-5, a ministry statement said.

The evacuees will remain under observation after arriving in Algeria, according to the country’s Interior Ministry.

A total of 1,800 citizens were brought back to Algeria from Turkey on March 20, Algerian President Abdelmadjid Tebboune told reporters on March 31, adding that the number of evacuees has increased thereafter.

Read more: Coronavirus: Algeria to bring back citizens from Turkey

UN 'horrified' at migrants' deaths on Turkiye-Greece border after pushback from...