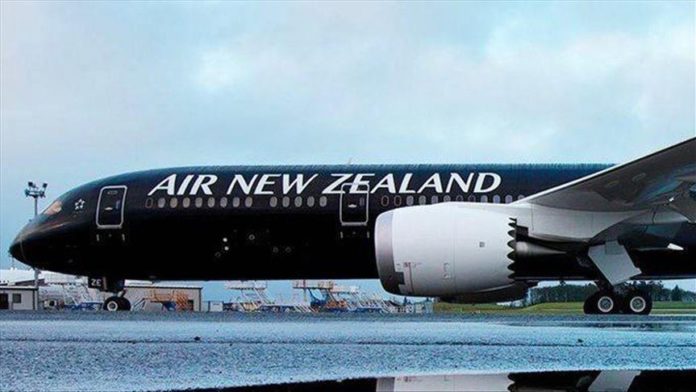 Hit hard by the coronavirus pandemic, Air New Zealand has decided to ground its entire fleet for a year at least, according to local media.

Air New Zealand said it is grounding its entire Boeing 777 fleet until September 2021 due to the ongoing impact of COVID-19, newshub.com.nz reported on Thursday.

New Zealand has 1,792 coronavirus cases, including 120 active cases and 39 imported as well as 24 fatalities.

The pandemic has hit the country’s economy, badly affecting businesses.

The data released by the government in June for first quarter of the current fiscal showed New Zealand’s economy shrunk by 1.6% — the largest drop in 29 years.

The Organization for Economic Co-operation and Development (OECD) in its latest report praised the government’s swiftness in suppressing the coronavirus but said the country’s economy would be among the worst hit by the pandemic.

The OECD report warned that New Zealand’s gross domestic product (GDP) is expected to shrink by nearly 9% this year.

However, interestingly, Statistics New Zealand last month said the unemployment rate had fallen to 4%, down from 4.2%.

The pandemic has hit most of the countries globally, and only China has performed growth in the post-coronavirus period.

The virus has claimed more than 905,000 lives in 188 countries and regions since it broke out in China in December. The US, Brazil and India are currently the worst-hit countries.

Nearly 28 million COVID-19 cases have been reported worldwide, with recoveries surpassing 18.81 million, according to figures compiled by the US’ Johns Hopkins University.