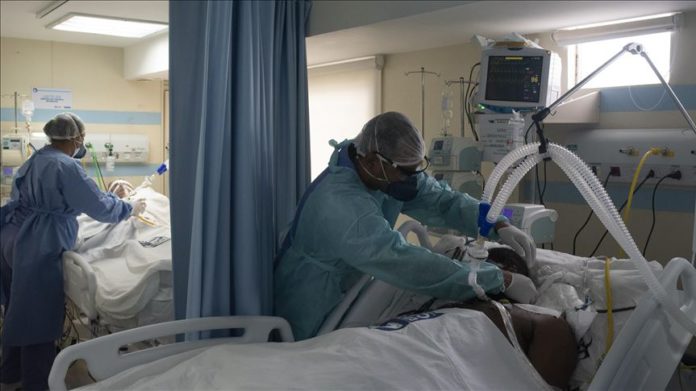 Brazil reported 1,109 more coronavirus-linked fatalities on Sunday, while 602 more patients died in Mexico over the past 24 hours.

The death toll in Brazil reached 57,070, according to Health Ministry data.

The virus claimed 9,789 lives in Rio de Janeiro, while 108,803 people are infected, making the city the second worst hit in the country.

Brazil is defined as the epicenter of the epidemic in Latin America.

In May, at least 4.2 million people showed symptoms similar to COVID-19, according to Brazil Geography and Statistics Institute.

The death toll in Mexico reached 26,381, according to Health Ministry data.

More than 498,000 people have died in at least 188 countries and regions since the virus emerged in China last December.

More than 9.9 million cases have been reported worldwide, with recoveries exceeding 5 million, according to figures compiled by US-based Johns Hopkins University.