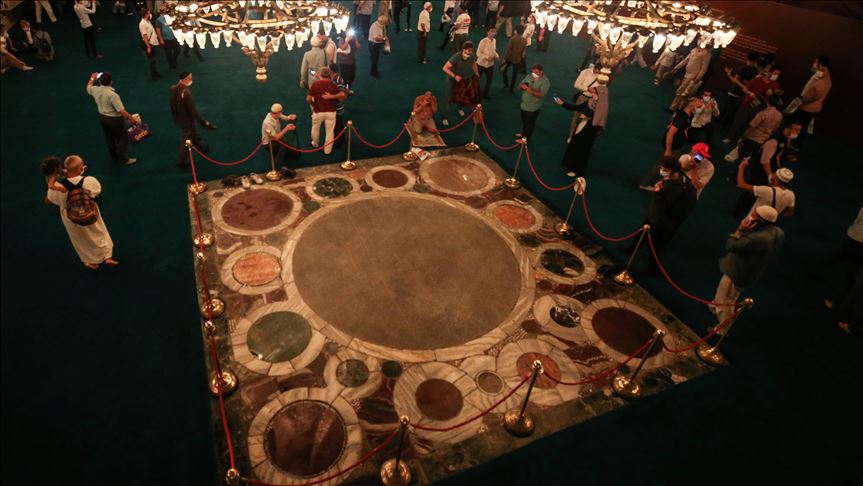 A square-shaped area in the Hagia Sophia Grand Mosque, where the emperors were coronated, was not carpeted to respect historical legacy, Istanbul’s top culture and tourism official said on Saturday.

Carpets specially prepared for the mosque were laid on the areas exempted from restoration works.

An area behind the raised platform in the mosque where muezzin carries out his duties to call to prayer was seen left empty.

Erdogan calls on nation to comply with virus measures