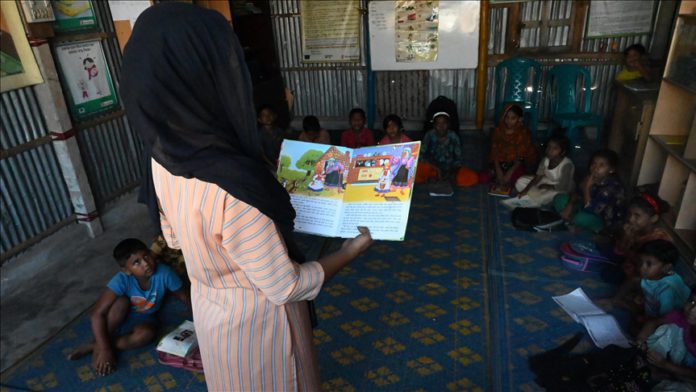 Violations of copyright law and plagiarism in research works in higher education have had a serious impact on the quality of education in Bangladesh, putting the country’s universities at a disadvantage in global rankings.

The copyright law is violated in the country mainly for two reasons: first, some break the law unintentionally due to a lack of knowledge, while others intentionally break the provision very unethically, Abu Ahsan Mohammad Shamsul Arefin Siddique, a noted academic and former vice-chancellor of Dhaka University, told Anadolu Agency.

According to official sources, three Dhaka University professors were demoted on charges of plagiarism in their research papers in January last year.

The Asiatic Society of Bangladesh, a well-known research organization in the country, in November 2020 canceled a research contract and refused to disburse a grant to two teachers at the country’s leading public university, accusing them of plagiarism.

Besides, in the last five years at least 10 teachers of the same institution, once reputed as the “Oxford of the East,” have been accused of plagiarism or violation of copyright rules in their research works, according to university sources and available media reports.

Siddique suggested that all students and teachers should be taught about the copyright issue, citing the alleged unethical practices of plagiarism by some Dhaka University professors as surprising and destructive to the nation’s reputation.

Students in developed countries learn about copyright and plagiarism in secondary education, he said, adding that “our students mostly do not get any lessons on such a fundamental issue even at the university level.

In the wake of rising tensions over the violation of copyright law, the legal right of the owner of intellectual properties that also include all print, electronic and web contents, the country’s higher court in January last year directed Dhaka University to use any software or other information technology to preserve Ph.D. holders’ thesis.

Md. Moniruzzaman Lincon, the petitioner who is also a Supreme Court lawyer, told Anadolu Agency that he was prompted to file the petition due to “mental agony” because the unethical practice is undermining the country’s higher education.

“Within a short span of time, I saw a media report that a Dhaka University professor plagiarized 98% of the content in his PhD thesis, and this leading higher education facility is not in the rank of the world’s 1,000 universities. These two reports hit me mentally, and I decided to do something about copyright violations in higher education,” Lincon said.

Under the prevailing analog system, many teachers, including university teachers, submit their thesis papers based on plagiarism for “petty personal interests,” he added.

“Through such theses, they just promote their academic position to get more salaries and other financial benefits,” he observed, adding that it must be curbed through moral lectures as well as the development of a system.

“International community uses some software to check copyright and plagiarism issues, especially before the final approval of any research work, including the Ph.D. thesis,” he added.

He vowed to set an example so that no one would dare to violate copyright law at the university level for the greater interest of education.

“We have information that after our petition and court order, many university teachers have secretly removed their thesis papers from university libraries and other places,” he claimed.

Students have called on the authorities to bring to justice all those who are directly or indirectly involved in the infringement of copyright law and plagiarism by teachers at the country’s premier university, calling it a big shame.

“I believe that not only a teacher who plagiarizes, but also his or her research supervisor, reviewers, and in the case of publishing an article, the editor of the journal, should be punished,” Saleh Uddin Sifat, a law student at Dhaka University, told Anadolu Agency.

He added that plagiarism and corruption in the appointment of university professors are weakening the country’s higher education system.

“Such teachers who obtained their doctorates through forgery have no moral strength to teach us,” Sifat vowed.

Sk. Tasnim Afroz Emi, a student of social sciences at Dhaka University, told Anadolu Agency that if plagiarism is proven against any university professor, he or she should be fired immediately.

Any unethical individual has no right to work in such a noble profession as teaching, Emi added.
Vice-Chancellor of Dhaka University Md. Akhtaruzzaman told Anadolu Agency that the university has taken cognizance of the court order.

In case of any report of copyright violation or plagiarism, the institution has acted quickly, and they are gradually establishing mechanisms to check for copyright issues, he said.

However, any good research work is in fact public property, the property of the whole world, and everyone has the right to benefit from it, he argued, adding, “but full credit must be given to the original researcher.”

Every research project is a creative work that must be carried out with honesty and morality, he said.

Australia pushes back against boycott threat from China