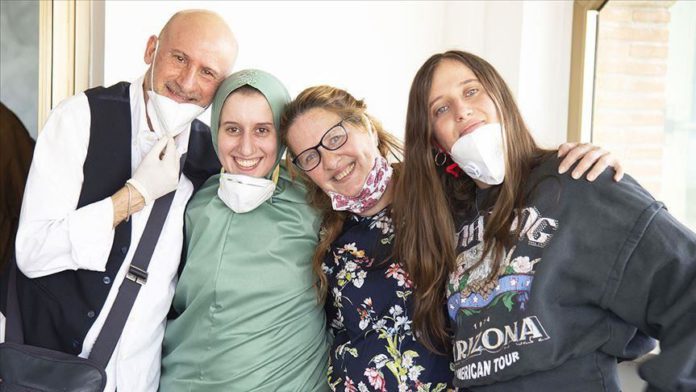 Rescued Italian aid worker Silvia Constanza Romano, who has embraced Islam, says she converted on her own will and not by force.

Romano, 25, was abducted from Kenya’s southeastern coastal town of Chakama in November 2018.

She was rescued on Sunday through joint efforts by Turkish, Somali and Italian intelligence services.

“They assured me that I would not be killed, and so it was,” Romano told Italian news agency ANSA.

On her conversion to Islam, Silvia said it happened mid-captivity.

“It was spontaneous and not forced. In these months I was given a Koran and thanks to my captors I also learned some Arabic,” she said. “They explained their reasons and culture to me. My conversion process has been slow in recent months. There was no marriage or relationship, only respect.”

“There had been cooperation with the Turkish intelligence service to locate her and take action at the right time,” Marina Sereni told LA7 TV channel.

Ottoman sultan's portrait to be sold in London