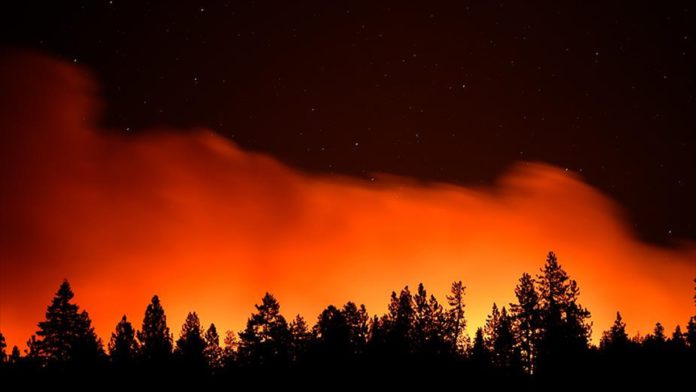 Following a decade-long burst, wildfires around the world may start to decline as trees are wiped out by blazes or extreme drought, according to a recent US study.

By employing a model that focuses on the eastern California forests of Sierra Nevada, the scientists at the University of California (UC), Santa Barbara and University of Washington examined the longer-run future of bushfires under scenarios of rising temperature and drought.

The scientists found that under increased drought and rising temperatures, large wildfires could start to recede after about a decade, though smaller blazes could occur in warm and dry conditions.

“How climate change, tree growth and wildfires will interact over coming decades is only beginning to be explored,” said Maureen Kennedy, the lead author in the study that involved 60-year simulations.

“These findings would likely apply to other forests that experience drought,” said Kennedy, who is now using the model on other regions, according to the websites of the two universities involved in the study.

Examining potential future trends in wildfires is important for planning efforts now, Kennedy said, adding that the current understanding was that communities would have to coexist with wildfires, rather than preventing them entirely.

So, controlled burning along with thinning of forestry areas stand as two possible solutions to manage issues related to forests as they are vulnerable to both wildfires and climate change.

“With such high density in the forest, the trees are pulling a lot of water out of the soil,” she said. “There is growing evidence that you can relieve drought stress and make more drought-resilient forests if you thin the forests, which should also help with, for example, reducing the impact of that initial pulse of wildfire.”

Wildfires have broken all over the world in recent weeks, reducing millions of acres of forestland to ash and uprooting thousands who had to be evacuated.​​​​​​​

Most of North and South America, the African plateau, the northern Arabian Peninsula, and the Mediterranean coast of Europe as well as Northern and Eastern Europe have been affected by fires, according to US space agency NASA.

In Asia, fires have been detected on the coasts of India and in Russia’s Siberia region as well as in China, Malaysia and Indonesia.

European countries with Mediterranean coasts such as Italy, Spain, and Greece are also struggling with forest fires.