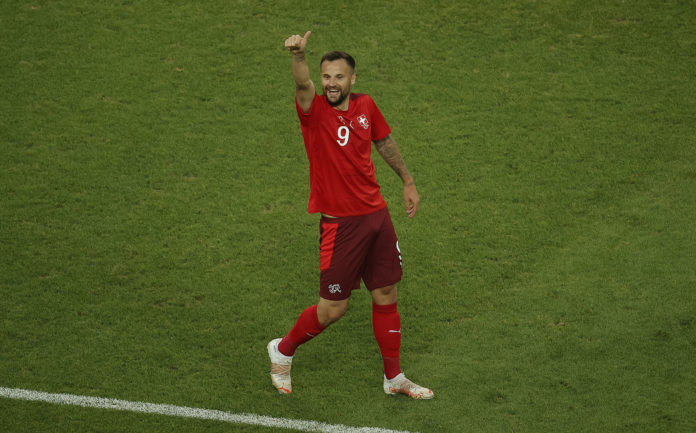 Switzerland are the UEFA EURO 2020 dark horses among many favorites, but their fairy tale in this contest is far from over.

The Swiss now target Spain in the quarterfinals on Friday to carry on their heroic march.

Granit Xhaka-led Swiss national team stunned the football authorities this summer by beating France, one of the EURO 2020 favorites, in the previous round of the tournament.

Switzerland, known as “Nati” (National team), advanced to their first EURO quarterfinals on Monday, defeating France on penalties in Bucharest.

The match at the National Arena ended 3-3 to go to extra time and then penalties decided the winner.

France were leading the match 3-1 after midfielder Paul Pogba’s long-range effort into the top corner of the Swiss goal in the 75th minute.

However, things did not go well for the French team, who were the EURO 2016 runners-up and the 2018 FIFA World Cup champions.

But Vladimir Petkovic’s men fought to take the match to extra-time following late goals scored by Haris Seferovic and Mario Gavranovic to eliminate “Les Bleus” (The Blues) on penalties.

Switzerland were in the EURO 2020 Group A with Italy, Wales, and Turkey.

Nati qualified for the Round of 16 after winning one game and drawing another, giving them four points in the group. They were one of the four best third-placed teams in each group.

Switzerland drew with Wales 1-1, then lost to Italy 3-0, and finally won the last group game against Turkey 3-1 to qualify for the last 16 phase, where they knocked France out of the tournament.

On Friday, Nati will step on the pitch of the Saint Petersburg Stadium in Russia against the former EURO champions Spain as both teams are set to vie for the semifinal ticket.

Nati are displaying their best EURO performance in this summer’s championship as they will play in the quarterfinals and can take it to further levels.

They were automatically qualified for the EURO 2008 groups as Switzerland co-hosted the tournament with Austria.

Switzerland had the most goals scored in the EURO 2020.

They have two largest wins in the EURO finals, one of which came in the year 2020.

Switzerland beat Portugal 2-0 in a EURO 2008 group match. The Swiss repeated it in this summer’s championship, defeating Turkey 3-1.

Switzerland’s goal threat in the EURO 2020 is Haris Seferovic as the 29-year-old forward scored three goals – including two headers – in the four matches.

Seferovic was followed by winger Xherdan Shaqiri as he netted two goals for Nati in the Turkey match.

Swiss forwards Breel Embolo and Gavranovic scored one goal each.

Seferovic and Shaqiri are able to break the record of former Swiss attacking midfielder Hakan Yakin in the most goals for Switzerland in the EURO finals.

Shaqiri, who scored in the 2016 and 2020 championships, racked up three goals in the finals.

Similar to Shaqiri, Seferovic has three goals in the history of the European championships. Seferovic played for Switzerland in the EURO 2016 held in France, but did not score.

Seferovic scored all his three goals in the EURO 2020, one against Turkey and two against France.

So, this summer they equaled with retired player Yakin, who tallied three goals in the EURO 2008.

Yakin scored one goal against Turkey and netted two others against Portugal in the same tournament.

Ford shuts all plants in Brazil, triggering war of narratives