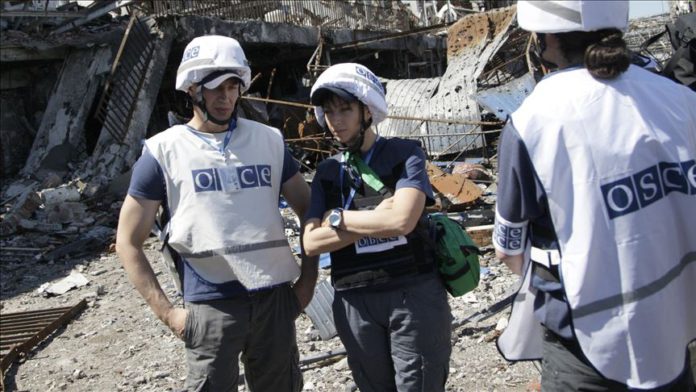 The Trilateral Contact Group comprising Russia, Ukraine and the Organization for Security and Cooperation in Europe (OSCE) decided late Wednesday that four more locations in eastern Ukraine’s Donbass region will be cleared of armed forces.

As a result of a videoconference, 20 areas discussed at last year’s Normandy Four summit in Paris will be cleared of mines, the Ukrainian presidential office said in a statement.

This will enable the Paris agreement’s articles to be realized more quickly, according to the statement.

The OSCE’s head of special missions, Yasar Halit Cevik, stressed that since July 27, the ceasefire has been observed thanks to the additional measures to maintain it.

Russia and Ukraine have been at loggerheads since Russia annexed Crimea after a controversial referendum.

The US and Turkey as well as the UN General Assembly viewed the move as illegal.

Ukraine has also blamed the Kremlin for separatist violence in Donbass, in the country’s east, near its border with Russia, which has claimed some 13,000 lives.