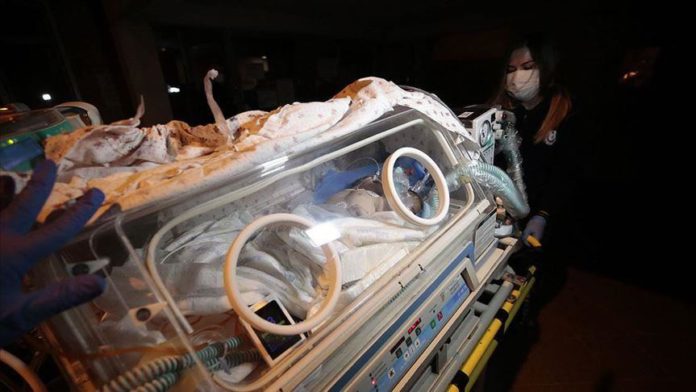 Born at 4 kilograms (8.8 pounds) in Afrin, Syria, the pair was initially taken to a hospital in Turkey’s border province of Hatay.

After their initial treatment, the twins arrived at Esenboga Airport in the Turkish capital and were taken to Hacettepe University Ihsan Dogramaci Children Hospital for further treatment.