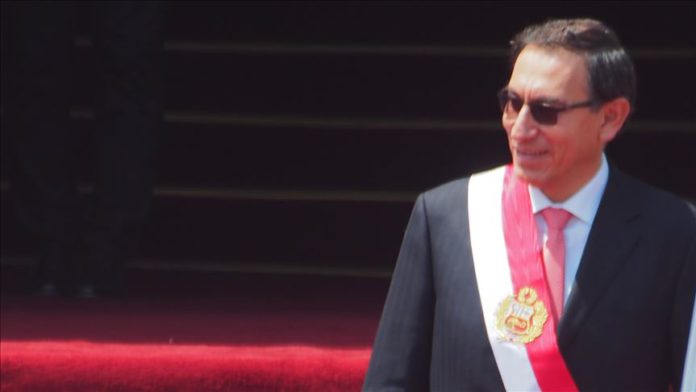 Eighty-seven votes from the 130-member Congress were needed to remove the president from office, but after a 12-hour session, lawmakers voted 78 – 32 to reject the motion with 15 abstentions.

Vizcarra faced Congress to present his defense before lawmakers earlier Friday during impeachment proceedings carried out on the grounds of “moral incapacity” because of leaked audio recordings and alleged ties to a singer involved in a fraud case.

“I do not hide, I have not done so before and I am not going to do it now. I am here, with my head high and my conscience clear,” Vizcarra said.

The president asked for forgiveness for the trouble the recording generated, but insisted he committed no crime.

The recordings seem to demonstrate Vizcarra and his staff willingness to hid the president’s relationship with the singer.

As lawmakers debated Vizcarra’s removal, several expressed doubt that impeachment is happening at the right time.

“We do not consider it appropriate, convenient or responsible of this assembly to proceed with the vacancy,” said Francisco Sagasti, spokesman for the centrist Morado Party. “We are at the worst moment in our history, let’s not make it worse,” he said.

With six months before presidential elections, Peru faces an era of political turmoil in the midst of a severe economic and health crisis because of the coronavirus pandemic.

US: Secretary of state hails confirmation of UN envoy