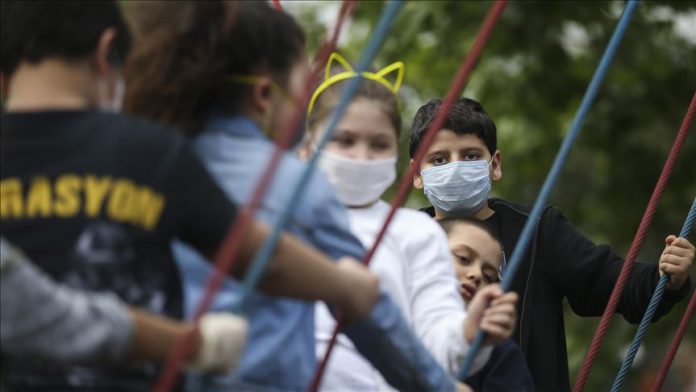 Conflict zones and the novel coronavirus pose threats to the health and well-being of women and children as a decade of progress could be lost, according to a UN report Friday.

Since the launch of the Every Woman Every Child movement in 2010 by former UN Secretary-General Ban Ki-moon, deaths of children under the age of 5 reached an all-time low in 2019, with more than 1 billion vaccinated and 25 million child marriages prevented during the last decade.

Those advances, however, are in danger of being rolled back and the health of vulnerable children and adolescents are at risk because of conflicts and the worst global health crisis of the current generation.

“The COVID-19 crisis, in particular, is exacerbating existing inequities, with reported disruptions in essential health interventions disproportionately impacting the most vulnerable women and children,” according to the report.

At the height of global virus lockdowns, school closings in 192 countries affected 1.6 billion students, while domestic violence and abuse of girls and women increased, on top of rising poverty and hunger, the report said.

“Even before the COVID-19 pandemic, a child under the age of five died every six seconds somewhere around the world,” UNICEF Executive Director Henrietta Fore said in the report. “Millions of children living in conflict zones and fragile settings face even greater hardship with the onset of the pandemic.”

In 2019, 82% deaths of those younger than 5 and 86% of maternal deaths were concentrated in sub-Saharan Africa and South Asia, the study found. And maternal, newborn, child and adolescent mortality rates were substantially higher in countries chronically affected by conflict.

Muhammad Ali Pate, global head for health, nutrition and population at the World Bank Group, warned the pandemic, in addition to conflicts, “threatens to turn back the clock on years of progress in reproductive, maternal, child and adolescent health.”

The report called for the global community to fight COVID-19 and requested commitments from leaders and organizations to improve the lives of women and children.

It stressed the lack of stronger efforts may cause 48 million children under the age of 5 to die between 2020 and 2030, with almost half newborns.

Last year, 5.2 million children under the age of 5 and 1 million adolescents died from preventable causes.

In addition, every 13 seconds a newborn baby died, while every hour 33 women did not survive childbirth and 33,000 girls were forced every day on average into marriages, usually to much older men, according to the UN.

'13% decrease in Africa virus cases over past week'