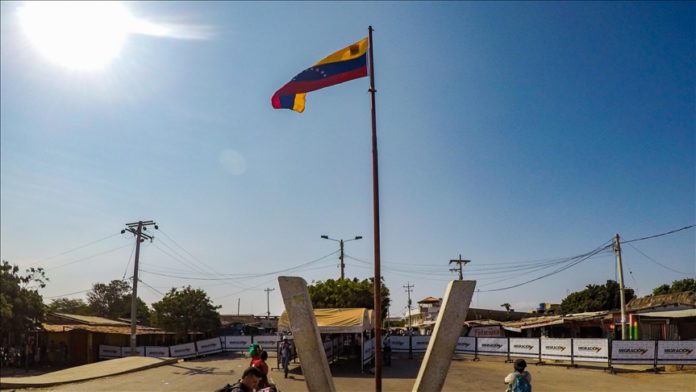 More than 3,000 Venezuelans have been displaced from Apure state to Colombian territory amid heavy clashes in the area between the Venezuelan army and Colombian armed groups, Lucas Gomez, advisor to Colombia’s president for the Colombian-Venezuelan Border, said Wednesday.

The Colombian government has responded to the situation by setting up shelters at sports facilities and over 500 tents to receive the refugees.

Colombia’s Minister of Foreign Affairs Claudia Blum called on the international community to help the Colombian government with this “humanitarian crisis.”

Clashes between the two sides have been taking place since Sunday as part of the Venezuelan army’s Operation Bolivar Shield.

Venezuela’s President Nicolas Maduro said the operation is aimed at “protecting our border from Colombia’s abandonment of the entire border, which causes armed groups to come here.”

Venezuelan Defense Minister Padrino Lopez declared that the army would continue to have “zero tolerance” for these criminal groups that are “destabilizing and illegally occupying Venezuelan territory for drug trafficking purposes.”

The Ministry of Defense reported that the Venezuelan army has captured more than 30 members of the groups, destroyed six of their camps and seized a number of guns, ammunition, drugs, vehicles and explosives.

Lopez also said that two Venezuelan soldiers were killed during the confrontations and 11 were wounded.

On Tuesday night, the groups attacked a checkpoint controlled by the Venezuelan army in the city of La Victoria with explosives.

Hector Zambrano, deputy of the Venezuelan National Assembly, confirmed that the groups have also planted landmines in the area.

The situation is expected to continue to deteriorate in the coming days with the number of displaced Venezuelans growing exponentially as diplomatic relations between Colombia and Venezuela continue to worsen.