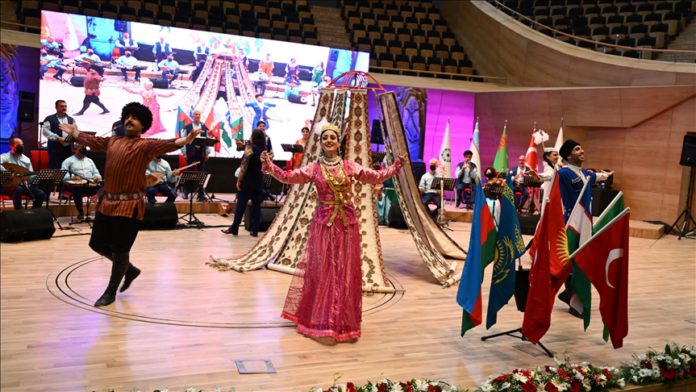 The 30th anniversary of the independence of Turkic Republics was marked with a concert and photography exhibition in the Turkish capital, Ankara, on Thursday.

Folk Songs of the Turkic World was co-organized by the culture ministries of Azerbaijan, Kazakhstan, Kyrgyzstan, Uzbekistan, Turkmenistan and Turkey, according to a statement from the International Organization of Turkic Culture (TURKSOY).

It was held at the Presidential Symphony Orchestra Concert Hall and was hosted by TURKSOY Secretary-General Dusen Kaseinov and Ozgul Ozkan Yavuz, Turkey’s deputy minister of culture and tourism.

Kaseinov said at the opening ceremony that TURKSOY, which was established as a Turkic cooperation organization right after the independence of the Turkic Republics, has made very important contributions to the ties between member countries in culture, art and science from the start.

Yavuz also said he is pleased to celebrate the independence of the Turkic Republics with a concert performed by state orchestras.

Netanyahu to be first Israeli to take COVID-19 vaccine