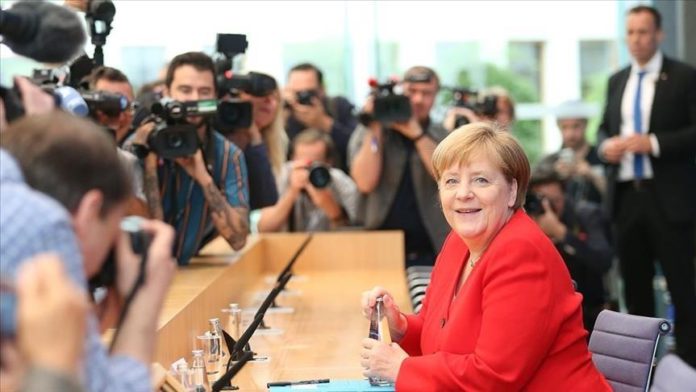 Ahead of planned talks next month, Germany’s Chancellor Angela Merkel has called on the Greek Cypriot administration to show “willingness to compromise” for a settlement of the Cyprus dispute.

At a news conference in Berlin on Friday, Merkel’s spokesperson said the chancellor spoke to Greek Cypriot leader Nicos Anastasiades on Thursday to discuss developments in the Eastern Mediterranean and the UN’s recent invitation to Greek and Turkish Cypriot leaders.

“The chancellor has expressed her full support for the UN’s efforts,” Steffen Seibert said, adding that the UN-sponsored talks in April will aim to find common ground for negotiations on a solution to the Cyprus problem.

“The chancellor has underlined that to achieve this, in order to make progress, we need to see openness, willingness to compromise and courage from both sides,” he added.

The UN has invited Turkish and Greek Cypriot leaders, as well as the guarantor, states Turkey, Greece, and the UK, for informal talks in Geneva from April 27 to April 29.

The Cyprus issue remains unresolved despite a series of efforts in the last two decades, including a failed 2017 UN initiative with the participation of the guarantor countries.

The island has been divided since 1964 when ethnic attacks forced Turkish Cypriots to withdraw into enclaves for their safety.

In 1974, a Greek Cypriot coup aiming at Greece’s annexation led to Turkey’s military intervention as a guarantor power to protect
Turkish Cypriots from persecution and violence.

The Greek Cypriot south entered the EU in 2004, the same year that Greek Cypriots thwarted a UN bid – the Annan Plan – to end the decades-long dispute in a referendum.

2 Venezuelan soldiers killed by mine near Colombian border