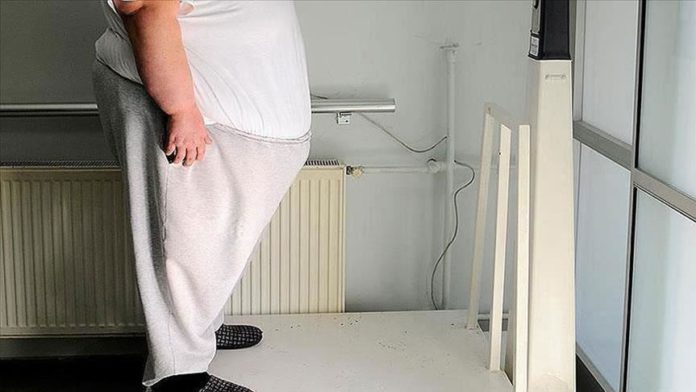 Mexico recently crossed the 100,000 mark for confirmed coronavirus deaths, making it the fourth country to do so after the US, Brazil, and India.

But the comparisons end with the death tolls. When considering the number of fatalities in proportion to cases, Mexico’s deadly milestone deviates from other nations.

According to data from the National Council of Science and Technology (CONACYT), Mexico has 1,285,959 confirmed cases and 121,436 deaths, marking one of the highest death rates in the world.

There is a myriad of reasons why Mexico has experienced such a deadly pandemic, which has been aggravated by socioeconomic disparities, compromising the ability of people to reduce their exposure to the contagion as well as limiting their access to health services and treatment in time, along with underlying health issues that compromise the immune system.

Evidence shows a clear correlation between severe or fatal cases of COVID-19 and underlying conditions such as obesity and diabetes.

According to an analysis of studies published in the International Journal of Infectious Diseases involving 16,110 coronavirus patients from nine countries, obesity (42% of the cases) hypertension (40%), and diabetes (17%) were the most common comorbidities and clear risk factors for COVID-19 infections.

The fact that obesity is the most prevalent comorbidity in the most serious cases of COVID-19 is problematic for a country like Mexico. In 2018, 75.2% of adults above the age of 20 were overweight or obese.

Poor dietary habits are common among children in Mexico. According to recent studies, more than 80% of children below the age of 5 are already consuming non-dairy sweetened products. In 2018, 22.2% of children between the ages of 0 and 4 were at risk of developing obesity, with 8.2% suffering from obesity.

These habits are difficult to break. An oversupply of high caloric processed foods in the market has perpetuated poor nutrition among Mexicans, and the prevalence of obesity has only worsened over time. The percentage of adolescents in Mexico between 12 and 19 years old who are obese or overweight is 38.4%.

Obesity is the highest risk factor for developing other serious disorders such as diabetes and hypertension, which are comorbidities also associated with severe COVID-19 cases.

According to Dr. Diana Martinez, who is currently working at a COVID-19 hospital in Mexico City, besides dietary habits, racial genetic predisposition must also be considered.

“Genetics is an important factor in why Mexicans are prone to suffer from these types of diseases. In 2014, a study showed that a variation in the SLC16A11 gene exponentially increased the risk of developing diabetes in life.”

She said this variation, which is common among Mexicans, increases their chances of developing diabetes by 25%-50%.

The National Health and Nutrition Poll taken in 2018 showed that the number of Mexicans living with diabetes was 8.6 million and there was a 26.7% incidence of hypertension among the population between 70 and 79 years old.

These conditions are present in the most serious COVID-19 cases in Mexico, with hypertension being the most common comorbidity with an 18.61% reported diagnosis. Obesity is second, with a 16.80% presence in confirmed cases, and diabetes with 14.58%.

Even though, the US ranks higher than Mexico in terms of obesity, their mortality rate is much lower than Mexico’s. According to Dr. Martinez, the reason why Mexico still experiences a higher death rate than its northern neighbor may come down to a behavioral issue.

“The mortality can also be attributed to a matter of culture. Unfortunately, in some instances in Mexico, the lack of proper medical services or disinformation pushes people away from seeking medical assistance. They may suffer from breathing conditions such as hypoxia and leave it unattended until it is too late.”

Containing the pandemic is crucial in the coming winter and holiday season.

With the holidays coming up and falling temperatures, a surge in coronavirus infections is to be expected. The Institute for Health Metrics and Evaluation forecasts that Mexico may experience up to 152,000 deaths by the beginning of March if sanitary guidelines are not strengthened.

Government adamant in its policies​

Specialists suggest that there is room to change the government’s strategy regarding the pandemic. But President Andres Manuel Lopez Obrador has completely dismissed such a possibility.

“No other country has informed its population daily like we have, so why change? Just because of the ones who don’t like what we are doing, or don’t like seeing us in power?” said Obrador, referring to political parties that oppose him, which he claims are criticizing his handling of the pandemic for political reasons.

The president also assured that the death toll has been limited to the best of the government’s capabilities, stating that Mexico has a more positive outcome than other countries.

“I don’t like comparisons, but our adversaries forget what’s happening in other countries. Mexico is one of the countries in the Americas with less deceased in proportion to its population. I apologize to Spain, but in terms of its population, Mexico has experienced fewer deaths than that country.”

In a press conference, Mexico’s Foreign Minister Marcelo Ebrard announced that once the Federal Commission for the Protection of Sanitary Risks (COFEPRIS) authorizes the distribution of US pharmaceutical company Pfizer’s coronavirus vaccine, the first round of vaccination can begin.

Following the stipulated plan, the first round of vaccination will immunize up to 2.6 million Mexicans, with medical staff and the at-risk population the first to be vaccinated.

'Turkey has competitive advantage in fintech'