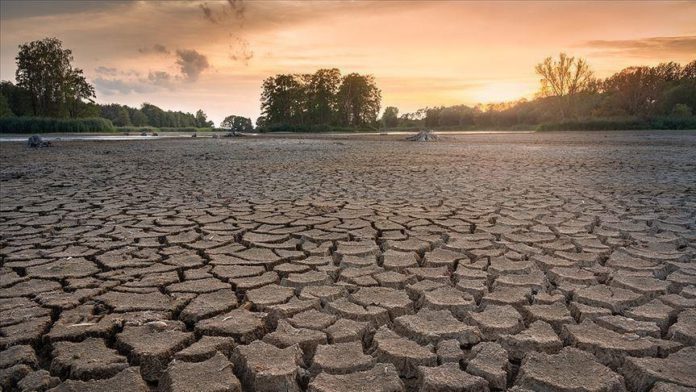 The landlocked southern African country of Zimbabwe, known for its landscape and diverse wildlife has launched community partnerships at village levels to reverse climate change effects.

Coinciding with World Climate Change Day, which is being observed on Sunday, Desmond Manatsa, a climate change expert and a professor at the University of Zimbabwe told Anadolu Agency that Zimbabwe is slowly becoming aware and is now understanding the vagaries caused by climate change through the rigorous awareness programs.

“The program is also aimed at experiencing the impacts of climate change itself,” he said.

Richard Chirwa, an aide to the village head in Mhondoro, 90 kilometers (55 miles) southwest of the capital Harare said the involvement of the community has helped a lot to minimize carbon emissions.

He said the local village heads have proved effective in banning cutting down of trees and burning of agricultural waste and convincing villagers to use alternative stoves to save wood.

“Government through its environmental watchdog body, Environmental Management Agency (EMA) is partnering with community leaders to raise awareness on the dangers of climate change. As such, in this community we have banned the rampant cutting down of trees, the burning of grass as well as the making of bricks,” he said.

Chirwa added that the penalty for flouting the measures may appear very lenient but is helping restore the environment as well as reduce carbon emissions.

The minimum penalty imposed by the village head is that those vitiating the environment are to seize a heifer and in more violations, the culprit is handed over to the police, and criminal charges are pressed in the courts.

“Government has also advised us that we should plant gum trees as an alternative energy source. We have been also urged to use stoves called wood saving stoves to reduce dependency on the firewood,” he said.

Wood saving stoves are made of mud and they use less wood as compared to ordinary fire-place and have been popularized in rural Zimbabwe.

“Having a national climate policy blueprint is one thing but how that is translated to the villagers is another thing. You can just go to the village head and start reading the blueprint and expect good results, this is where we come in as partners to simplify and come up with programs that enforce implementation of the government policies,” he said.

Dzere said his organization is in the process of teaching villagers in Mutasa ways of harvesting rainwater for irrigation, making wood-saving stoves, and growing herbal plants.

Officials said the government had revised the target to reduce greenhouse gas emissions from 33% to 40%. Solar products can now be imported without any taxes.

By realizing the dangers of climate change, Zimbabweans are now willing to contribute to mitigating climate change escalation in various ways, especially through the adaption of solar energy.

The state universities are also helping in setting up biogas energy plants.

“This is meant to reduce the reliance on firewood in a country whose housing electrification is still below 40%,” Manatsa said.

Already the country is in the process of migrating from generating electricity from thermal plants to solar plants.