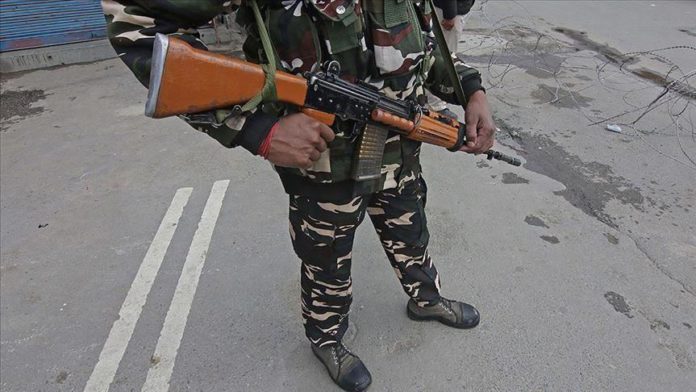 Four Indian army soldiers, including a high-profile colonel, and a police officer were killed in a gunfight with militants in Indian-administered Kashmir, an army spokesman said Sunday.

Col. Rajesh Kalia told Anadolu Agency that a team made up of Col. Ashutosh Sharma plus a major, two soldiers, and a sub-inspector of Jammu and Kashmir Police last night entered a village in the northern Kupwara district where they believed militants had taken civilians hostage in a house.

“The team successfully evacuated the civilians but during the process came under heavy fire,” he said. In the ensuing firefight, two militants were killed as well as all five team members.

Sharma, who commanded about 1,000 soldiers, is the first high-profile killing since 2015, when two colonels were killed in two gunfights with militants in a span of 11 months.

On Saturday, two Kashmiri militants were killed during an operation in the southern Pulwama district.

Neither militants nor government forces have ceased their operations during the ongoing COVID-19 lockdown.

According to police, 25 militants, nine Indian personnel, and a civilian were killed in April, making it bloodiest in the past four months.