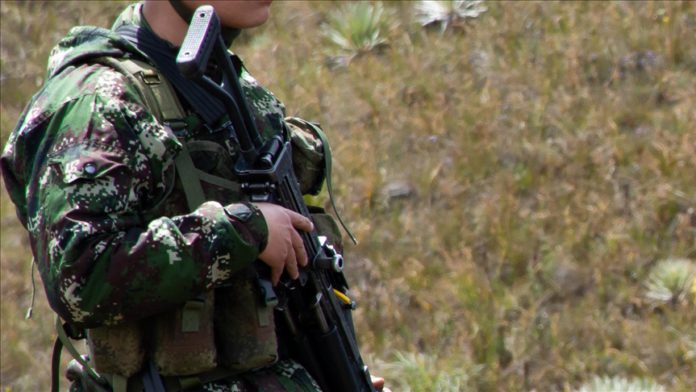 This is the first indictment in which the Special Peace Jurisdiction (JEP), a court set up after left-wing FARC guerrillas signed a peace deal with the government in 2016, has accused members of Colombia’s army of being part of the “false positives” scandal in which civilians murdered by members of the army were identified as guerrillas killed in combat in an effort to boost combat kill rates. Soldiers would then receive benefits, including bonuses, financial rewards and extra holiday time.

The confessions of several members of the military allowed the court to convict high-ranking officers for the executions that took place in 2007 and 2008 in the Catatumbo region near the border with Venezuela. Among those indicted are a general and two colonels.

“It was a pattern of macro criminality, that is to say, the repetition of at least 120 murders during two years in the same region by the same group of people associated with a criminal organization and following the same modus operandi,” said the magistrate, Catalina Díaz.

The forced disappearances and murders had the purpose of responding to the pressure for casualties at any cost, said Diaz, who added that the victims were selected through irregular intelligence activities.

The president of the JEP, magistrate Eduardo Cifuentes, said the decision was unanimous.

“There was no dissenting vote. This is a message to the country. We have no doubt about the seriousness of these acts,” he said.

The scandal erupted in 2008 when prosecutors found that the bodies of unidentified rebel fighters belonged to people who had been reported missing in Soacha, a city neighboring the capital of Bogota.

Jobless young people were promised well-paying jobs. They were then murdered and their bodies were presented in rebel uniforms as having been killed in combat.

The JEP says that at least 6,402 people were killed and falsely presented as rebels between 2002 and 2008. But human rights groups say that the number of people killed could be higher.