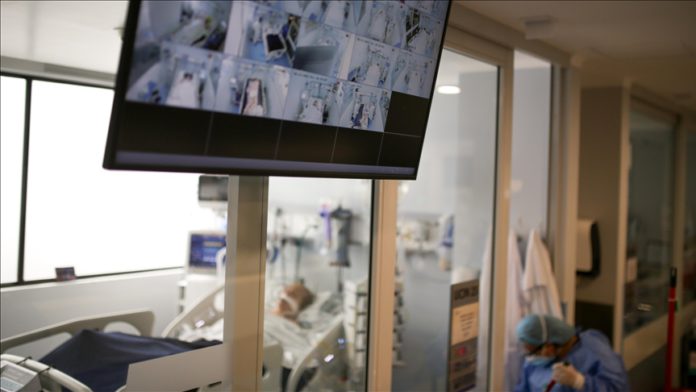 Colombia reported more than 600 new coronavirus deaths Tuesday as the country continued to battle the pandemic.

Meanwhile, the total number of cases in the country reached nearly 4 million with 28,616 new infections.

The number of people who won the battle against the virus rose to over 3.71 million with an additional 29,081 recoveries.

The capital Bogota was among the most affected places in the country by the outbreak, with more than 1.17 million cases, and the province of Antioquia, with 614,042 cases.

In the country, where the number of active cases has reached 168,825, the intensive care occupancy rate ranges from 85%-90%.

However, Health Minister Fernando Ruiz Gomez said in a statement that the effectiveness of China’s Sinovac vaccine is high, with positive results in reducing deaths in people over the age of 80.

Calling on the public to stay away from crowded meetings and mass events, Ruiz said: “The recent increase in social mobility has had a big impact on the rise in cases and the death toll.”

Colombia, with a population of more than 51 million, ranks 10th in the world in terms of the number of cases.

Since December 2019, the pandemic has claimed over 3.88 million lives in 192 countries and regions, with more than 179.09 million cases reported worldwide, according to US-based Johns Hopkins University.​​​​​​​