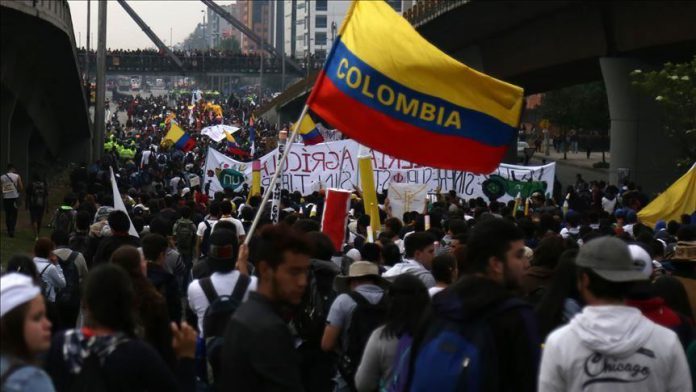 A sixth day of protests ended Tuesday in Colombia after a national strike Nov. 21.

Protesters are also demonstrating in favor of an agreement between the government and FARC rebels in November 2016, that ended more than 50 years of conflict between the two sides.

Following the demobilization of the leftist rebel group, a political arm of FARC was established, which is represented in Congress.

The national strike claimed the life of Dilan Cruz, an 18-year-old student who was shot

Turkish stocks up at midweek close

Russia says its relations with UK 'at freezing point'