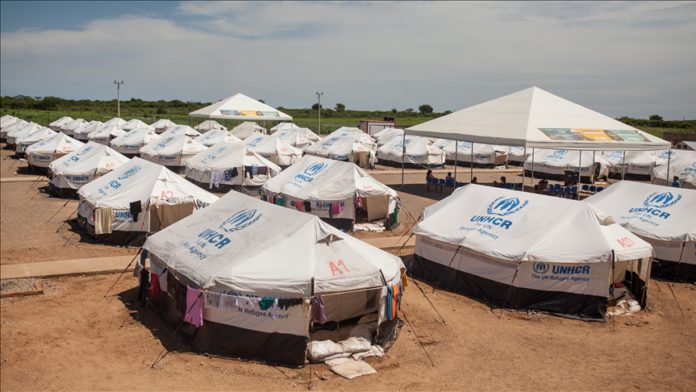 During the last five years, the arrival of more than 1.7 million Venezuelans made Colombia the second largest recipient of forcibly displaced people in the world, after Turkey with approximately 4 million Syrians.

The exoduses affect the demographic and socioeconomic realities of Turkey and Colombia which share another phenomenon: extensive borders with the presence of illegal armed groups.

To host civilians fleeing the war in Syria, Turkey implemented a temporary protection mechanism that provides stability and access to rights and services.

The model is a benchmark for the Temporary Protection Statute for Venezuelan Migrants that Colombia officially implemented March 1.

Ankara and Bogota are urged to work together to offer responses to migratory dynamics that seem to have no end.

Why temporary protection and not shelter?

More than a receiver, Colombia has been characterized as an ejector of migrants. The armed conflict with the Revolutionary Armed Forces of Colombia (FARC) has left 262,000 people dead in six decades and almost 8 million displaced from 1985 to Dec. 31, 2019, according to the Single Registry of Victims (RUV).

Without a robust reception structure and shaken by internal violence that seems entrenched, in the last five years Colombia began to host an unprecedented number of Venezuelans who left their country for various reasons. With several setbacks, it designed a migration policy that aims to align with international standards and good practices.

Due to its location between Asia, Africa, and Europe, Turkey instead witnessed great human mobilizations throughout history.

In recent years, it received refugees from Afghanistan, Iran, Iraq and Somalia; and others from the Middle East and the Caucasus. When the civil war broke out in Syria in 2011, Turkey already had an idea about migration.

However, facing the magnitude of the Syrian exodus, Turkey adjusted policies and since 2014 has implemented the temporary protection status for the vulnerable population. Due to a reservation made by Turkey to the 1951 Geneva Convention, the country can only grant refugee status to those from Europe and the temporary protection model emerged as a lifeline for millions of Syrians who were adrift.

Despite the frequent talk of the “Syrian refugee” crisis in Turkey, Syrians are under temporary protection and not refugee status. Also, “refugee camps” have been centers for migrants under temporary protection, where they are given free access to health services, education, labor market and social assistance, among others. Some centers have closed as Syrians integrate or decide to return to their country.

Colombia, unlike Turkey, could grant refugee status to Venezuelans. So why does the government opt for temporary protection?

Victor Bautista, secretary of the border in the Colombian department of Norte de Santander, points out that it is because of the need to speed up the management of mass migration.

In general terms, the shelter is studied according to the particular conditions of each person and the processing of an application takes a long time.

It is a long and expensive process not only for Colombia but for developed countries such as Germany.

On the other hand, the protection statute gives them the possibility of residing in Colombia for up to 10 years and having a closer relationship with state institutions.

In addition, applying the refugee status would be inconsistent with the reality of the Colombian-Venezuelan border where many come and go daily, the so-called pendular migration. The figure of refugee implies the principle of non-refoulment, so one cannot return to their country because his life is in danger because of a specific cause.

Bautista explains that in Venezuela there is not a warlike situation like in Syria, but a complex mix of poverty, lack of job opportunities and access to health, education, food security as well as some cases of political persecution.

It is difficult to determine how many people are stating each reason and it would be unwise to assume that they are all stating the same reason.

“The Protection Statute includes the generality of the problem and offers Venezuelans stability in Colombia,” said Bautista. “What is convenient for all of us is that they find stability, integrate into the communities, and be productive, not that they are in a constant rambling on the roads facing all kinds of needs.”

International experiences on migration show the main success factor is guaranteeing safety, reception and identification for those who arrive in another country.

To learn about these mechanisms, Bautista was, in 2017, with a delegation from the Colombian government on the Turkish-Syrian border. He recalls that in the Turkish city of Gaziantep they saw Syrians always enter through regular border crossings and obey established processes to obtain protection and benefits.

“In Colombia, as President Ivan Duque said, we must also understand that it is inconvenient to enter through unofficial border crossings because, in that way, they will not have the Temporary Protection Statute. We invite you to enter through the door, not through the window,” he said.

Along the 2,200-kilometer (1,367-mile) border with Venezuela, state control and registration capacity are precarious.

This allows Venezuelans to cross daily through unofficial crossings, the so-called trails, which are invisible to the state and expose themselves to illegal armed groups.

Along the 911-kilometer (566-mile) border between Turkey and Syria, there are walls, security fences and an infrastructure that prevents the irregular passage of people.

These barriers are not there to undermine the rights of Syrians and keep them out. On the contrary, they are intended to guarantee a safe, orderly migration, following established routes. With a strong state presence and clear migration policies, Turkey combined its fight against terror groups such as Daesh/ISIS and the PKK along the border area.

Ankara’s Ambassador to Bogota Ece Ozturk Cil reiterated the importance of investing in infrastructure and having registration systems to attend to migration, in addition to improving cooperation with the international community and promoting labor insertion of migrants.

“While many countries turn a blind eye and hide behind barbed wire and walls, we have opened our doors to millions of Syrians. We provide a wide range of services, including free health care and education, vocational training, and social services. We have spent more than $40 billion for the well-being of Syrians. We fully respect the principle of non-refoulment by virtue of our international and national obligations,” she said.

In the Turkish case, Cil explains that the state also provides “comprehensive aid” to camps on the Syrian side of the border, in areas controlled by Turkey. In addition, the voluntary repatriation of Syrians is carried out in cooperation with the United Nations High Commissioner for Refugees (UNHCR) and non-governmental organizations. A total of “399,087 Syrians have voluntarily returned to the regions that our country has cleared of terrorism in Syria.

Cil pointed out that the Turkish biometric registration system allows each migrant to be granted an identity card, with which they can obtain services and the temporary protection regime. This process involves the migration agency, local authorities, local communities and civil society.

Under this registration system, Turkey has developed policies that allow it to effectively serve the migrant population. “We know that there are more than 1 million Syrian school-age children in Turkey. Thanks to our efforts, around 643,000 of them attend school. We increased the school enrollment rate from 30% in 2014 to 61% in 2018. While the overall school enrollment rate is 1% for young adult immigrants (age 18-25), this rate is five times higher in Turkey (5%),” said the ambassador.

Furthermore, Cil highlighted that the cost of treating Syrians outside of temporary accommodation centers is covered in state hospitals. “Families can be moved to Temporary Health Centers created exclusively for them. The number of Syrian children born in Turkey in the last nine years exceeds 500,000, more than two million Syrians benefit from hospital treatment and nearly 1.8 million surgeries have been performed. The legal basis for granting work permits was implemented in 2016 and today more than 120,000 Syrians have received this kind of authorization,” she said.

Looking at the Turkish example, many expectations are generated about how the Temporary Protection Statute will work in Colombia, particularly in border areas such as Norte de Santander, which supports the greatest rigor of migration.

Bautista points out that big changes could happen with the statute. For example, each migrant who accesses an emergency area in a hospital will pay an average of 1.8 million Colombian pesos ($505), but if they were affiliated with the health system, it would cost around 800,000 pesos ($224), because they would have a medical history with disease control and prevention.

From Gaziantep to Norte de Santander

The dynamics of migration in Colombia could reach or even surpass the Turkish case. That is why the exchange of experiences and cooperation is now more important than ever. As Bautista points out, Gaziantep has already been thought of as a model for migration management on the Norte de Santander border.

“Gaziantep has been serving migrants for longer, so it is a benchmark in integration processes and economies of positive impact. It also has a dynamic of important cross-border relations. Many Turks have families or activities in provinces in Syrian territory. The same happens between Norte de Santander and the Venezuelan state of Táchira,” said Bautista.

In addition, Norte de Santander has been a pioneer in the transitory care centers that emerged in the framework of the coronavirus pandemic. The department has two of these spaces in addition to those that operate in Yopal (Casanare) and Maicao (La Guajira). “We would like them to work as well as the ones we saw in Gaziantep,” said Bautista.

Progress has already been made on this path. Cil said that since 2017 there has been close cooperation and that year a visit to Gaziantep by a delegation from the Colombian government took place.

In 2018, experts from the Turkish Emergency and Disaster Department (AFAD) visited Cucuta to share with the Joint Strategic Center for Migration Analysis (CECAM) their experience on the creation of the biometric database system.

“Migration management is one of the key areas in which we can continue to develop our bilateral relations. Colombia can count on Turkey as a permanent ally in migration matters,” said Cil.