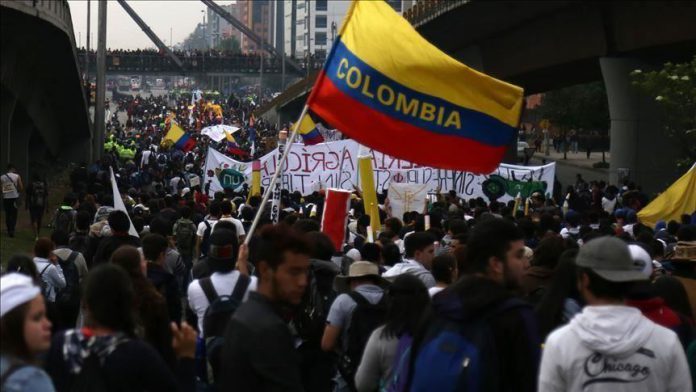 A national strike entered its ninth day Friday in Colombia amid protests against the murder of social leaders and economic reforms proposed by President Ivan Duque, among other issues.

Protestors demand the implementation of a peace agreement signed with the Revolutionary Armed Forces of Colombia rebel group and the fulfillment of promises made to students on the last massive mobilization against Duque’s policies.

Duque said he would respect freedom of expression, but would not tolerate violence or vandalism. He called for a “Great National Conversation” with businessmen, unions, local leaders and social movements.