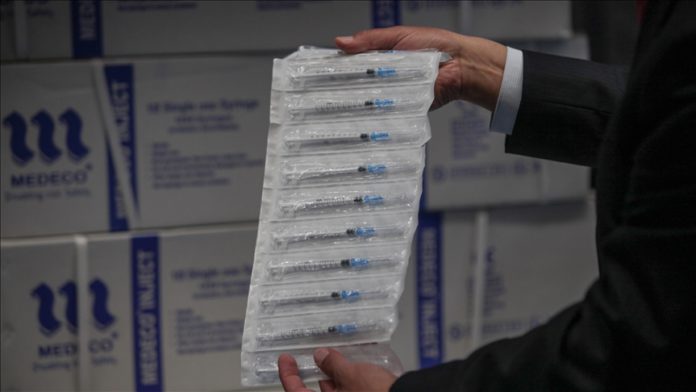 “We want to call on the international community to help us mobilize resources and vaccines to attend to this population,” Ivan Duque said in a press briefing.

It is estimated that more than 1.7 million people from neighboring Venezuela are living in Colombia.

Duque called for international intervention ahead of a mass vaccination campaign that will begin on Feb. 20. The country has secured 35 million doses for its more than 51 million people.

In December, President Duque announced that undocumented Venezuelan migrants would be excluded from the mass vaccination program against COVID-19, for which he was harshly criticized. He said the reason was to avoid “a call to stampede, where everyone crosses the border to be vaccinated.”

On Wednesday, he criticized the scarce international resources to meet the massive arrival of Venezuelans fleeing the economic crisis in their country.

“There is much concern about migrants and refugees […] In the world, many say ‘What a pain,’ ‘What a pity.’ But the mobilization of resources has been very meager,” he said.

Colombia has registered over 2.1 million coronavirus cases and nearly 55,000 deaths, according to a tally by US-based Johns Hopkins University.