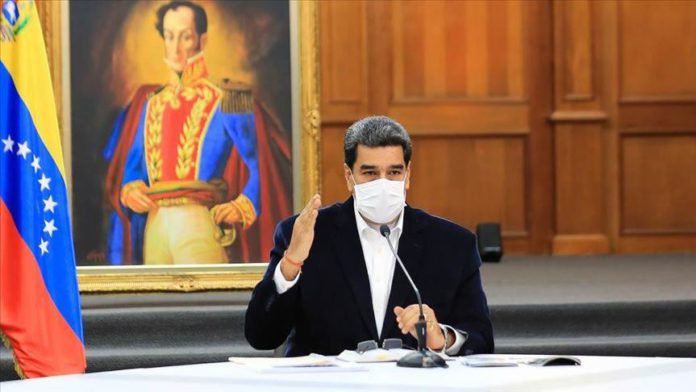 Police in Colombia have arrested four Venezuelans for allegedly taking part in a failed operation to sneak across the border and overthrow their president, Nicolas Maduro, Colombian President Ivan Duque announced Thursday.

An investigation conducted by Colombian authorities and the US Federal Bureau of Investigation (FBI) led to the arrest of the four, who allegedly participated in the May 4 operation dubbed “Operation Gideon” orchestrated by three former US special forces soldiers including former Green Berets Luke Denman and Airan Berry, who were sentenced to 20 years in prison in Venezuela.

The third one, Jordan Goudreau, who remains in the US and operated a private, Florida-based security firm called Silvercorp USA, has claimed responsibility for the failed attack.

A five-month investigation of how the four Venezuelans formed military groups for terrorist purposes led to the arrest of three of them in the capital Bogota and one in Barranquilla, all of whom are being investigated for charges related to alleged weapon-trafficking and conspiracy, said General Oscar Atehortúa, head of Colombia’s National Police.

The four captured — three men and a woman — were allegedly linked to Cliver Alcala, a retired army general who broke from the government and has admitted to plotting to overthrow Maduro with a defector mercenary army based in Colombia. Alcala has surrendered to US law enforcement on pending drug charges.

On Thursday, President Duque came up with an unexpected theory according to which “Operation Gideon” was a false mission organized by Caracas.

“The delinquents that were caught in our country were trying to organize operations of destabilization,” Duque said, “allegedly promoted and financed by the dictatorial regime of Nicolas Maduro.”

Venezuela’s Foreign Minister Jorge Arreaza responded that although Venezuela had given information about the terrorists to the Colombian authorities, they did not mobilize to capture the suspects.

“The nerve of Ivan Duque. Now it turns out that the Venezuelan mercenary deserters were going to destabilize Colombia,” said Arreaza on Twitter.

“For two years, we gave them accurate information on the terrorist operations and they did nothing. They protected them. And this is how they pay these traitors,” he added.

Formula 1 to hit Germany this weekend