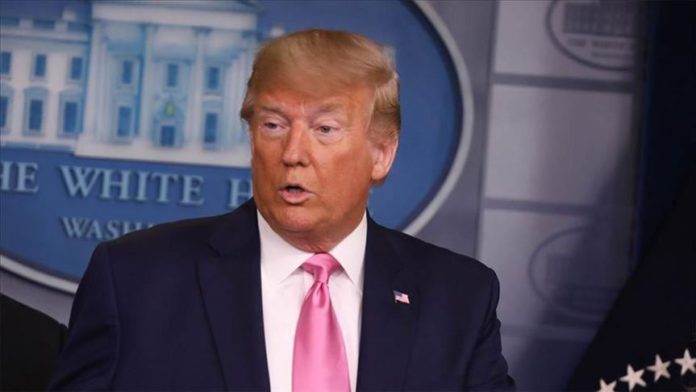 The US president on Thursday informed visiting Iraqi Prime Minister Mustafa Al-Kadhimi of his commitment to the rapid withdrawal of the international coalition forces from Iraq within three years.

“We have withdrawn significantly from Iraq and very few soldiers remain,” Trump said, according to the Iraqi News Agency.

“Al-Kadhmi is a man with whom I get along very well,” he added.

Trump stressed “the need to respect the sovereignty and territorial integrity of Iraq in accordance with the decisions related to the Iraqi legislative and executive authorities.”

There was no official announcement from the US in this regard until 1015GMT.

On the other hand, the Iraqi news agency said that Washington confirmed its support for al-Kadhimi’s plans to reform the local economy.

Baghdad and Washington signed a memorandum of understanding to support the health sector in Iraq.

Al-Kadhimi is on an official visit to the US, leading a high-level government delegation. It is Iraqi premier’s first trip to the US since he took the office in May.

The US-led coalition was formed in 2014 to fight the ISIS terrorist organization, which at the time controlled a third of Iraq’s territory.

The coalition is located in military bases scattered in northern, western and central Iraq.

With the coalition’s support, Baghdad declared at the end of 2017 a victory over ISIS by recapturing all the lands that ISIS had controlled.