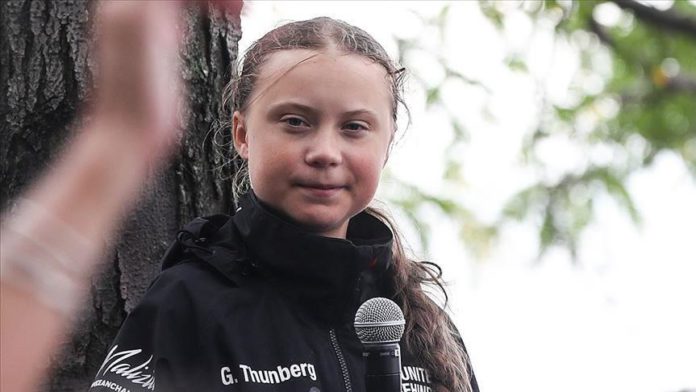 Events included the Global Day of Action for Climate Justice protests on Sept. 25, protests of the Fridays for Future and Save Congo Rainforest movements, and digital climate strikes.

Here is a timeline of global protests and demonstrations last month as compiled by Anadolu Agency.

– In the first Fridays for Future strike, climate activists and environmental protesters around the world gather on streets as well as online to raise awareness of climate change-related issues.

– 350 movement calls for supporting Global Day of Action for Climate Justice on Sept. 25. “MAPA youth (Most Affected People and Areas) will take the lead in the fight against climate injustice,” it says.

On Twitter, Ugandan environmental activist Nakabuye Hilda urges protection for the western Bugoma Forest, which is threatened by illegal logging.

– In the third Fridays for Future strike, climate activists and environmental protesters around the world gather on streets as well as online to raise awareness of climate change-related problems and invite everyone to join global action day on Sept. 25.

– “We live in the midst of a pandemic but climate action is more urgent than ever,” UNICEF says on Global Day of Action for Climate Justice.

– Environmental and climate activists around the world hold street demonstrations in line with COVID-19 measures as part of Global Day of Action for Climate Justice.