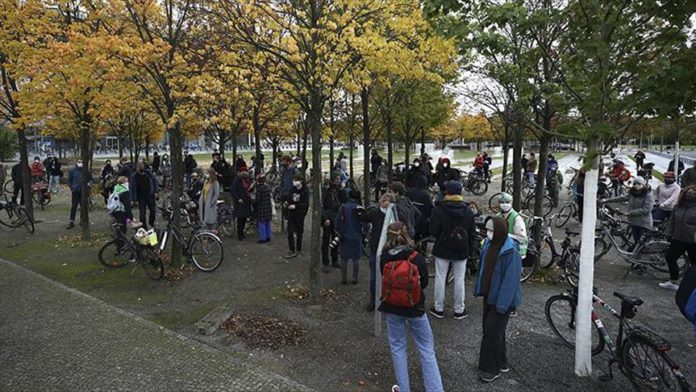 Events included protests of the Fridays for Future and Africa is not a Dumpster campaigns, along with several digital climate strikes.

Here is a timeline of global protests and demonstrations last month as compiled by Anadolu Agency.

– In the first Fridays for Future strike, climate activists and environmental protesters around the world gather on streets as well as online to raise awareness on climate change-related issues.

– Sharing his photo by holding a sign: “EndPlasticPollution,” Ugandan environmental activist Nirere Sardach points out on Twitter that plastic pollution is a global problem rather than an issue for a single person or a country.

– 19-year-old climate activist Husain Ahmed Emran, along with a group of activists, hold protest in Bangladesh and demand leaders take “urgent action” on the climate.

– Kenyan young environmental activist Patricia Kombo, known for tree planting activities, criticizes the pollution problem in her country and says “Kenya is not a dumpster” on Twitter in her 65th school strike as part of #AfricaIsNotADumpster campaign.

– Fridays For Future movement calls for action on the conversation of biodiversity as the European Parliament is set to vote on a new agricultural policy.

– In the fourth Fridays for Future strike, climate activists and environmental protesters raise awareness on the importance of healthy agriculture policy and demand the EU #WithdrawTheCAP.

– In the last Fridays for Future strike, climate activists and environmental protesters gather on streets as well as online to raise awareness on climate change-related issues.