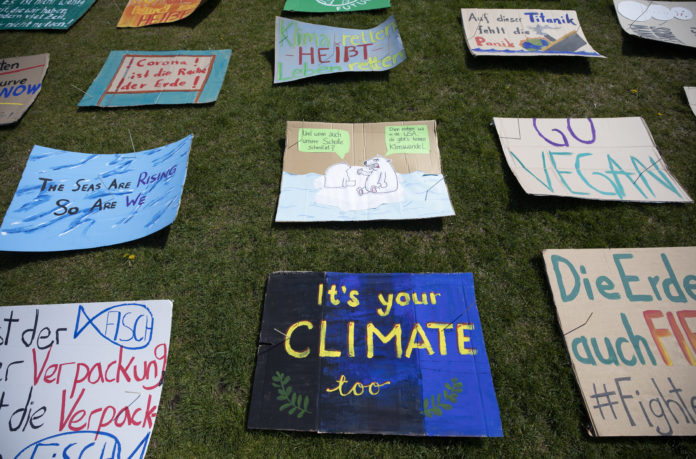 Strikes, demonstrations, and protests continued across the globe in the last month of 2020 with protesters demanding stronger action to tackle climate change.

Activists and concerned citizens held massive virtual events as well as street protests while keeping socially distant due to the coronavirus pandemic.

Here is a timeline of protests and demonstrations compiled by Anadolu Agency.

– The Fridays for Future movement shows solidarity with detained environmental activist Amanda Echanis and condemns “every form of red-tagging and terrorist-tagging of environmental defenders.”

– In the first Fridays for Future strike in December, climate activists and environmental protesters gather on streets and online to raise awareness on issues related to climate change.

– Ugandan climate activist Nakabuye Hilda, completes her 101 week of a climate strike and referring to denial of climate change says on Twitter that tremendous pressure will definitely lead to tremendous action.

– Young activists gather in Brussles and urge EU leaders to increase their ambitions toward emission reduction by 2030 and hold signs that read: “Do not compromise our future” and “Fight for 1.5 C.”

– Mentioning the fifth anniversary of the Paris Agreement, Thunberg says on Twitter: “Our leaders present their ‘hopeful’ distant hypothetical targets, ‘net zero’ loopholes and empty promises. But the real hope comes from the people.”

– At the second Fridays for Future strike, protesters gather physically and virtually to raise climate awareness.

– Climate and environmentalist groups, including Greenpeace, Fridays for Future and the 350 movement mark the fifth anniversary of the Paris Agreement and stress that “1.5 C target is non-negotiable” as part of “#FightFor1Point5” campaign.

– Climate and environmental activists gather for the month’s third Fridays for Future strike.

– A total of 330 groups and 7,110 individuals from 91 countries sign the #FightFor1Point5 promise campaign, launched on the fifth anniversary of the Paris Agreement

– YACAP starts aid campaign for victims of Typhoon Vicky that devastates parts of the Philippines.

– Climate and environmental protesters and concerned citizens continue online activism for nature as well as for the climate in the last Fridays for Future strike of 2020.

– Husain Ahmed Emran, 19-year old Bangladeshi climate and environmental activist hold an online campaign and shares a photograph on Twitter while holding a sign that reads: “Save earth for kids.”