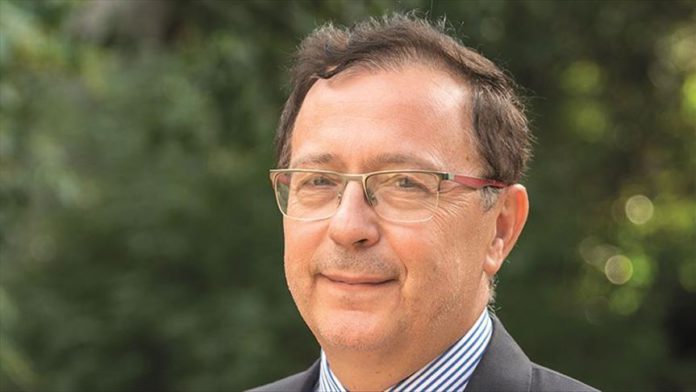 “Southern and Eastern Mediterranean countries per capita energy demand is estimated to increase by about 60% by 2040 — it becomes an opportunity of fair and accelerated development, justice and peace, if instead we recognize the truth,” he told Anadolu Agency.

Explaining the “truth” that should be recognized by people, Mastrojeni added: “No single nation or community, not even the strongest or the richest around our sea, has enough means to face climate change impacts on its own.

“We need each other, we need to put together old and traditional technologies mastered by different peoples; we need to count on our neighbor’s stability and good health to stay safe, not on its demise to feel stronger. In the end, our common home planet is sending us a deep message: finally make justice and peace!”

Mastrojeni stressed that the Mediterranean region is one of the main climate change hotspots in the world, pointing to the extreme weather events and expansion of desert areas as well as the rising sea level.

“These phenomena are impacting the quality of the air we breathe, the access to freshwater resources, the land availability for agriculture and livestock, urban infrastructures and tourism,” he said.

These impacts were not “a collection of separated problems or localized ones”, he noted, and added: “In essence, climate change is undermining the very basis of the Mediterranean civilization and regional balances. If nowadays mankind lives in organized societies it is not due to the industrial revolution, but to a more ancient one that started in Anatolia: the agricultural revolution.”

Mastrojeni also urged governments, business and finance world, as well as common people to start agriculture for counting on stable, predictable cycles of nature to plan on.

The UfM Ministerial Declaration Meetings on Environment and Climate Changes, which will take place in December, aims to secure coordinated efforts for a greener, carbon-neutral, socially inclusive environment in the Mediterranean with the hope of reducing pollution and restoring natural resources in the region.

Stressing the importance of a stable global biosystemic balance, Mastrojeni said: “All fronts for environmental protection have as their ultimate goal the preservation of biological diversity: the fight against climate change, pollution, desertification, and so on, are instrumental to the protection of the live variety fabric without which the humanity loses the fundamental resources on which it has organized itself.”

He also warned about some global warming scenarios, citing the 4th Intergovernmental Panel on Climate Change Assessment Report in 2007, about a prospect of disappearance of eight out of 10 species: “In essence, the implicit fear is that — as for climate change — we are dangerously approaching turning points, tipping points, beyond which the chain of balances that the biosphere stands could undergo a general, rapid, and traumatic collapse.”

The COVID-19 outbreak, which has spread to 188 countries and regions and killed nearly 694,000 people worldwide. This has demonstrated how important it is to restore the balance between human activities and nature, according to Mastrojeni.

“Science had warned us now over a decade ago: the coronavirus crisis was not an unpredictable variable. It started and spread because of failures in human policies,” he said.

“Basically, it came due to our mismanagement of the ecosystem, hit mostly those areas severely affected with pollution, and is becoming a structural threat due to unfair and unbalanced distribution of wealth and resources,” he added.

Mastrojeni stressed that the COVID-19 crisis was an urgent lesson for the Mediterranean region: “COVID-19 crisis will even further aggravate climate change, in a dangerous feed-back loop: we urgently need to break the cycle.”