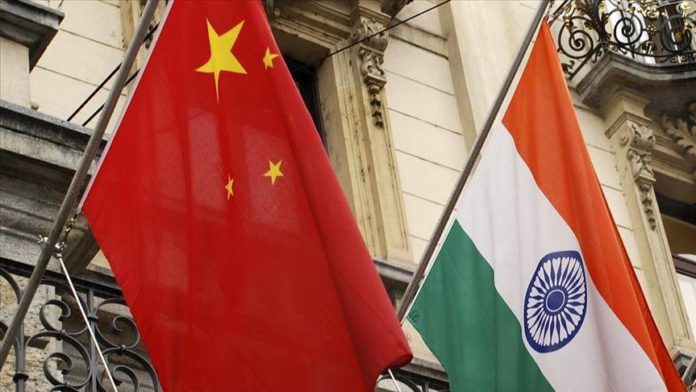 India-China border tensions turned deadly on Monday, killing twenty Indian personnel, including a commanding officer. Both countries reported the first such violent clash since 1975, even though over the past few years there have been frequent stand-offs along the disputed border.

According to a 1993 treaty that provides mechanism to settle border tensions, armies of both counties do not carry arms during patrolling.

A spokesman for the Chinese Foreign Ministry, Zhao Lijian, blamed the Indian forces for “carrying out illegal activities” twice around the border area.

While regretting the incident, Indian Ministry of External Affairs spokesperson Anurag Srivastava said his country was convinced to maintain peace and tranquility in the border areas and resolution of differences through dialogue.

Border tensions between the two countries have existed for over seven decades now.

Here is a timeline of the disputes:

In 1960, based on an agreement between Indian Prime Minister Jawaharlal Nehru and his Chinese counterpart Zhou Enlai, officials from India and China hold discussions to settle the boundary dispute.

China and India disagree on the major watershed that defined the boundary. It ultimately escalates into the Sino-Indian War in October 1962, leading to nearly 3,000 causalities from the Indian side, and 700 from the Chinese.

The clashes begin on Sept. 11, 1967, when the Chinese army reportedly attacks an Indian post at Nathu La, a mountain pass in the Himalayas in the East Sikkim state.

Indian and Chinese armies clash at Tulung La, Tulung La, Tawang district of the northeastern state of Arunachal Pradesh. Four Indian soldiers are killed. Later it is to be described as an accident, as two patrols losing their way in the fog.

India says Chinese troops establish a camp in the Daulat Beg Oldi sector, 10 km (6.2 mi) on their side of the Line of Actual Control (LAC), the de facto border between the two countries.

Soldiers from both countries briefly set up camps facing each other, but the tension is defused when both sides pull back soldiers early May.

A standoff starts when India begins constructing a canal in the border village of Demchok. China protests and posts troops in the region leading to a faceoff. It ends after about three weeks when both sides agree to withdraw troops.

Chinese and Indian troops face-off in the Burtse region of northern Ladakh after Indian troops dismantle a watchtower built by the Chinese.

A military standoff occurs in the disputed territory of Doklam, near the Doka La pass along the Indian state of Sikkim and Bhutan border.

China brings heavy road-building equipment to the Doklam region and begins constructing a road. This results in the Indian intervention of China’s road construction on June 18, two days after the construction begins.

An incident occurs also at Pangong Tso or the Pangong Lake, a high-altitude lake of about 4,350 meters (14,271 feet). Several soldiers on both sides sustain injuries. Indian media reports that around 72 Indian soldiers are injured in the confrontation and some sent to hospitals in Leh, Chandi Mandir, and Delhi.

Indian and Chinese soldiers clash at Pangong Tso, the lake that extends from Ladakh to the Tibetan Autonomous Region, China, with the LAC passing through it.

A video shows soldiers from both nations engaged in fistfights and stone-pelting along the LAC.

Faceoff at the Muguthang Valley in Sikkim. Several troops numbering 11 men are left slightly injured in the encounter, of which seven are Chinese soldiers and four Indian ones, according to CNN-News18. Press Trust of India reported that the incident involved 150 soldiers; stones were also thrown.

Chinese camp at three places: Hot Springs, Patrolling Point 14, and Patrolling Point 15. At each of these places, around 800-1000 Chinese soldiers pitch tents and deploying heavy vehicles and monitoring equipment.

An Indian colonel and two soldiers killed in a “violent face-off” with the Chinese troops at the Galwan Valley. The Indian army sources say the soldiers have not been shot but killed in a physical fight that involved stones and batons.

1993: Agreement on the Maintenance of Peace and Tranquility along the Line of Actual Control in the India-China Border Areas

1996: Agreement on Confidence-Building Measures in the Military Field Along the Line of Actual Control in the India-China Border Areas

2005: Protocol on the Modalities for the Implementation of Confidence Building Measures in the Military Field Along the Line of Actual Control in the India-China Border Areas

2012: Establishment of a Working Mechanism for Consultation and Coordination on India-China Border Affairs