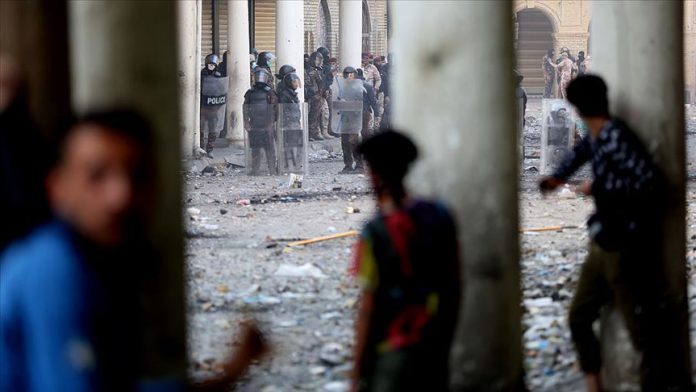 At least 14 Iraqi protesters were killed and 80 others injured in clashes with security forces in the country’s southern city of Nassiriya in Dhi Qar province, according to a medical source.

The source, who works in the Health Department of Dhi Qar province, told Anadolu Agency on condition of anonymity that “hospitals in the province have so far recorded the death of 14 demonstrators and the injury of 80 others.”

According to the source, the casualties took place during clashes between protesters and security forces on al-Nasr and al-Zeytun bridges in Nassiriya.

Colonel, 4 others killed in Yemen blast