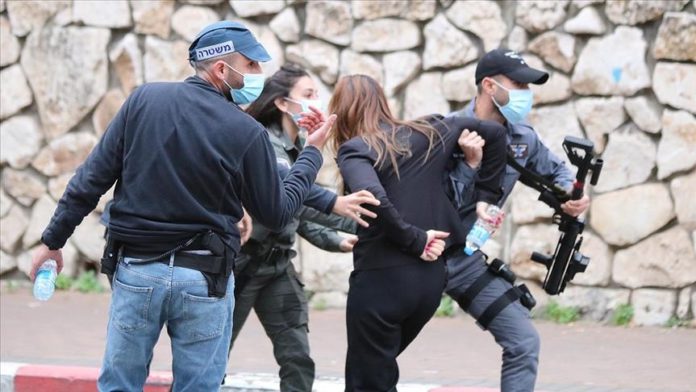 Hundreds of Palestinians, including members of a coalition of Arab parties known as the Joint List, held protests in northern Nazareth province as Netanyahu visited a vaccination center.

Police detained nine protesters, according to the state-owned KAN channel.

Critics say that Netanyahu’s visit, his third to an Arab city in two weeks, can be evaluated as part of the Likud party’s efforts to court Arab voters.

Aiming to increase votes before the March 23 national elections, Netanyahu said in Nazareth that a “new era” has begun between Arab citizens and Jews for well-being, integration and security.

Israel will hold snap elections after parliament failed Dec. 22 to meet a deadline to pass a budget.

The ruling Likud party headed by Netanyahu and its coalition partner, the Blue and White party, led by Defense Minister Benny Gantz, could not agree on a budget,

The budget could not be put to a vote Wednesday, parliament was legally dissolved and a compulsory election process has started.

Netanyahu and Gantz decided to form a coalition government in May after three inconclusive elections have been held since April 2019.

But the unity government disagreed on the adoption of an annual budget. While Netanyahu wanted to pass the 2020 budget, Gantz wanted to include the 2021 budget in the vote.