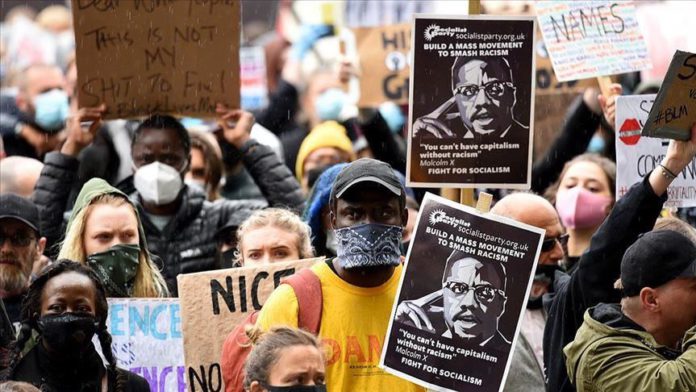 A clash occurred Sunday between demonstrators and the police during protests in London over the death of George Floyd.

Demonstrators rallied in front of the US embassy and continued near the prime minister’s residence.

Some demonstrators threw bottles and stones at the police. At least one officer suffered a head wound and one demonstrator was arrested during the protest.

During Wednesday and Saturday’s demonstrations, dozens of demonstrators were arrested and at least 14 police officers were injured.

Floyd, a 46-year-old African-American, was filmed gasping for air and pleading for breath as now-fired police officer Derek Chauvin knelt on his neck for nearly nine minutes.

The incident occurred in Minneapolis, Minnesota on May 25 as Floyd was being arrested after reportedly attempting to use a counterfeit $20 bill at a local store.