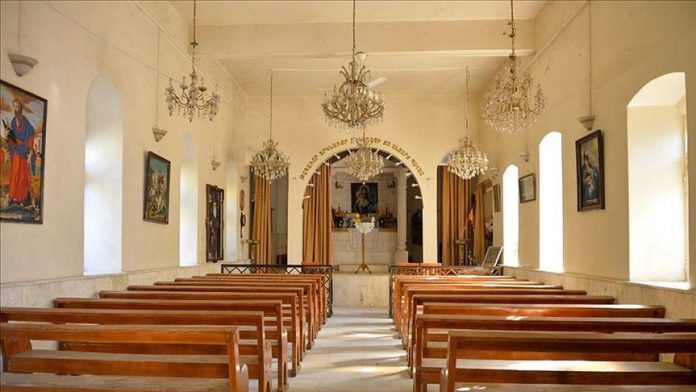 As announced in the statements made before the start of Peace Spring Operation, the Turkish Armed Forces have neither targeted civilians, historical/cultural/religious structures nor harmed the environment, the ministry said in a statement.

These principles were never compromised during the execution of the ongoing operation as in the Euphrates Shield and Olive Branch Operations at the expense of delays in operation, it added.

Turkey launched Operation Peace Spring on Oct. 9 to clear northeastern Syria, east of the Euphrates River, of terrorists and create a safe zone along the border, thereby paving the way for the voluntary return of Syrian refugees.

Ankara has repeatedly expressed its determination to clear northern Syria of both Daesh/ISIS and YPG/PKK terrorist groups.

The ministry said the terrorist organization PKK/YPG and its supporters tried to slander the operation before it started claiming Turkey would target Kurdish people and other ethnic and religious groups, especially Christians.

They attempted to conceal their crimes against humanity from the world, it added.

The ministry published the photos of the churches in Tel Abyad and Rasulayn on its website to show “that they have not been damaged in any way during the Operation Peace Spring”.

“Our soldiers in the region closely care about all ethnic and religious structures, and great effort is made to meet all their needs, including the needs arising from the pre-operation period,” the ministry said.

On Oct. 22, Turkey also reached an agreement with Russia on a 10-point plan to force the YPG/PKK to withdraw from the planned terror-free zone.

In its more than 30-year terror campaign against Turkey, the PKK — listed as a terrorist organization by Turkey, the U.S. and the European Union — has been responsible for deaths of 40,000 people, including women, children and infants. The YPG is the PKK’s Syrian offshoot.