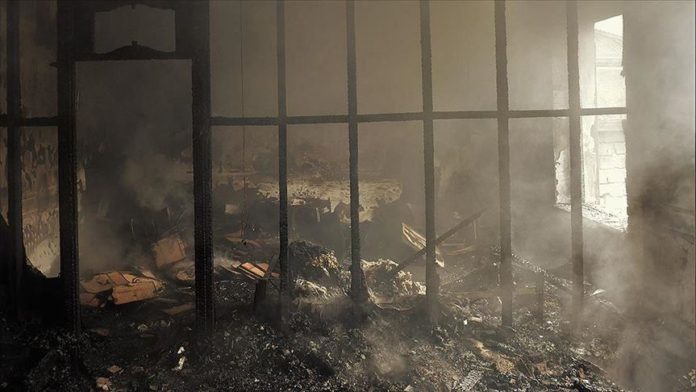 Since Sept. 27, Azerbaijan’s civilian casualties rose to 27, while 141 have been wounded in Armenian attacks on civilian settlements.

Border clashes broke out on Sept. 27, when Armenian forces targeted Azerbaijani civilian settlements and military positions, leading to casualties. Azerbaijan’s parliament declared a state of war in some of its cities and regions following Armenia’s border violations and attacks in the occupied Upper Karabakh, also known as Nagorno-Karabakh, region.

Relations between the two former Soviet nations have been tense since 1991 when the Armenian military occupied Upper Karabakh, an internationally recognized Azerbaijani territory.

Among others, France, Russia, and NATO have urged an immediate halt to clashes in the occupied region.

Photographs of children killed in Israeli attacks exhibited in Gaza

WHO warns pandemic 'is not even close to being over'