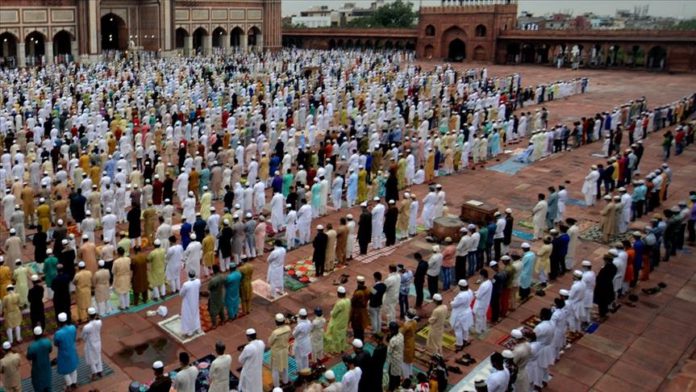 The civil society across South Asia is “increasingly constrained”, according to a recent report.

“It is either too nascent, due to late democratic development, or where it has had a little history of growth and nurturing, is facing strong challenges,” noted the 349-page report by the South Asia Collective — a network of rights bodies in the region.

“Anti-democratic authoritarian tendencies and greater securitization of laws and practices appear to be the main drivers of this narrowing trend, with the mid-2010s appearing to be the period of convergence for this constriction in many of the countries,” the report noted.

It said democracy champions, human rights defenders, and activists have been “in the crosshairs of authorities everywhere for challenging state actions and speaking out.”

“A great deal of the narrowing of space for civil society concerns minorities, which is also due to the hardening of majoritarianism across the region,” the report said, detailing rights situation in seven South Asian countries, including India, Sri Lanka, Bhutan, Nepal, Bangladesh, Afghanistan, and Pakistan.

The report said authorities in all countries have “increasingly violated” the constitutional rights of freedom of expression, association, and assembly, arguing that NGOs and Civil Society Organizations (CSOs) are facing “increased regulation of registration”.

“As a consequence, civic space is becoming more restrictive over time, creating a hostile environment for CSOs,” the report added.

“India has become a dangerous and violent space for Muslim minorities,” the report stressed, referring to December 2019 amendment in the country’s Citizenship Act which opened a pathway for a category of “illegal immigrants”, specifically leaving out Muslims.

“In the run-up to the legislation, the government also declared its intentions to create a National Register of Indian Citizens, which would have the potential to render many Muslims stateless,” it added.

Acknowledging “positive” developments in Pakistan vis-a-vis foundation of the country’s first Sikh university, reopening of a temple in Sialkot, as well as some acquittals in blasphemy cases, the report, however, said that “implementation of safeguards and rule of law remains very weak” as the situation of Pakistan’s ethnic and religious minorities “remains challenging”.

“The Blasphemy Law has been used to enable violence against religious minorities in Pakistan,” it also noted.

The human rights defenders urged international entities especially the UN for greater attention towards the region on civil and political rights violations.

To improve their performance in the rights situation, it asked all South Asian countries to abide by international commitments while removing all legal contradictions existing in various laws of the respective country and adjusting them to international treaties.

Urging the states to recognize minorities, the report said they should ensure constitutional provisions to criminalize discrimination of all forms against minorities.

“Implement effective and holistic action to eliminate the underlying motives for threats to religious minorities and civic space for minorities, and to combat growing fundamentalist voices threatening a free and democratic society,” the report recommended.

It also urged “swift action to tackle rising terrorism and violence, ensuring impartial investigations and the prosecution of those responsible for attacks against religious minorities, in order to end the culture of impunity around these crimes.”