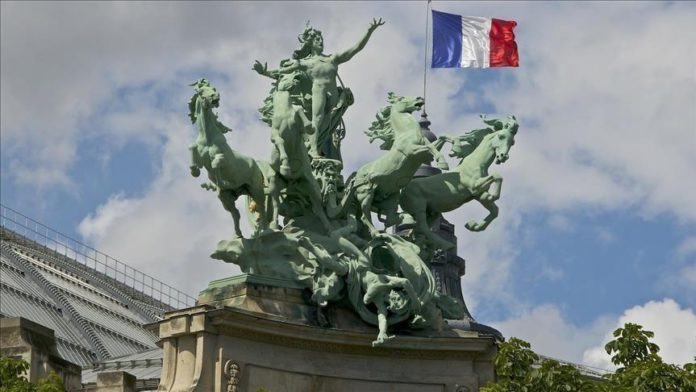 A global coalition of 25 non-governmental organizations (NGOs) has asked the European Commission to investigate France for its state-sponsored support to Islamophobia.

In a petition to Ursula von der Leyen, president of the European Commission, these NGOs representing 11 countries have asked her to try the French government at the European Court of Justice for imposing discriminatory practices.

“France has implemented numerous laws designed to limit freedom of belief and punish the manifestation of religion, “said the petition.

Speaking to Anadolu Agency, Samira Sabir from Sabir’s Legal Services who submitted the petition to the European Commission on behalf of the alliance said Islamophobia has become ingrained and mainstreamed in the European societies.

“Islamophobia is not only a widespread and serious phenomenon in right-wing circles, but it is also ingrained in the mainstream of European societies,” she said.

The legal activist said that France provided an example of how state actors have institutionalized and legitimized Islamophobia through hate speech targeting Muslims.

Among the organizations who have signed the petition included Representative Council of France’s Black Associations, Muslim Rights Watch Netherlands, the Islamic Central Council Switzerland, and Muslim Association for Human Rights from Spain.

“There is a widespread failure to implement EU legislation and in particular human rights related to religious integrity and the freedom to express political beliefs in France,” the petition said.

It has also highlighted that French President Emmanuel Macron’s plan “against separatism”, which according to these NGOs merely focuses on tightening “political, ideological, theological and financial control on Muslim communities”.

“There is no real or effective remedy within the French legal system to stop the continuation of structural and systemic Islamophobia by the French government within the meanings established by European case law,” said these NGOs, while explaining the reason of approaching the European Commission.

– Do not set precedent

They asked Von der Leyen to intervene for the sake of not allowing a precedent to be set that would harm not only Muslims but other communities in France as well.

The petition noted that the French government exploited the killing of French middle-school teacher Samuel Paty to promote a racist, discriminative and Islamophobic agenda.

Referring to France’s interior minister’s statement, defending the raids against people not linked to investigations into the killing of Paty to send a message, the petition said that so far police have conducted 51 violent raids on homes of Muslims.

Seeking direct and urgent intervention from the European Commission, Sabir said it was the responsibility of the EU to directly act upon the complaint.

“With its enforcement powers, the European Commission must ensure the enforcement of EU law,” she said, adding that France has violated the EU Charter of Fundamental Rights and regulations on the prohibition of discrimination, xenophobia, racism, and protection of minorities and children’s rights.

The French government has been criticized for its moves and rhetoric against Islam and Muslims.

French President Emmanuel Macron’s claim that Islam is “in crisis,” raids on mosques and Islamic foundations and a proposed “anti-separatism” law that slap wide-ranging restrictions on the Muslim community have also come under fire.

The bill permits authorities to interfere with mosques and their administrators as well as control the finances of associations and NGOs belonging to Muslims.

The coalition had also petitioned the UN Human Rights Council, complaining against systematic Islamophobic actions in France on Jan. 18, 2021.